YOU ARE HELPING STUDENTS KNOW AND EXPERIENCE JESUS.

It’s hard to believe that we’re once again at the end of another year on campus! Over this past year in Quebec, tens of thousands of students began their post-secondary educational journey, while tens of thousands of others celebrated the end of their time in school. We count it a tremendous privilege to walk alongside students during an exciting and difficult season of life!

We long for the day when no student would graduate without engaging in the life-changing message of Jesus, because we believe that Jesus changes everything. Our prayer is that as you read these stories, you would be encouraged and reminded of the fullness of life that is found in Jesus! 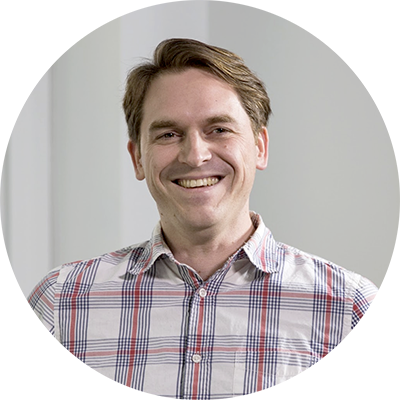 "WE LONG FOR THE DAY WHEN NO STUDENT GRADUATES WITHOUT ENGAGING WITH THE LIFE-CHANGING MESSAGE OF JESUS."

Going to the people

Going Where Students Are

The traditional understanding of student ministry is that it absolutely needs to happen on a campus. The campus, by definition, is where the students should normally be… however, the students spend much more time online than in a classroom! If we want to find students in their free time, it is most often off the campus. And when it comes to Christian students, we find them more easily in a local church.

Since we are in a season of adaptation within our ministry, we spent a good part of the year reviewing our approach to ensure our activities correspond to the Québécois reality.

For our ministry at Université de Montréal, we went back to the building of community as a starting point. The message was simple: you don’t have to go through your studies alone. We are made to live in community in the image of the Trinity: a community of love that serves as a witness to the people around us. We therefore started holding our small group meetings in the living room of a P2C staff. With time, the members of the group developed a good bond with each other to the point where they felt comfortable regularly inviting their non-Christian friends to our activities.

Ironically, campus is not always the best place to find students

On top of these meetings, we wanted to offer events on the campus that addressed questions and felt needs among the students. We organized les Soirées Anti-Stress, workshops to help students improve their anxiety management. We also invited students to an interfaith dialogue bringing together women in partnership with many religious groups at the university. Close to 80 students heard the message of Jesus and had the opportunity to think about the importance of faith in their lives and its impact on the Québécois society. But even better is that through these initiatives, we are starting to gain the confidence of other student associations on the campus. The love that we have in Christ is attractive, even at the university!

For a Christian student to be healthy spiritually, they must belong to a local church. Being part of a student community is not enough. Therefore, in response to the invitation of a local pastor, we had the idea of offering a condensed version of the Convergence conference to serve young adults in the context of the local church. This year, we had the privilege of organizing three Convergence workshops on the themes of evangelism and the need for community. We pray these evening workshops will become a way to equip a whole generation of young adults in Québec. Our vision is that every student will understand the relevance of the gospel for all of life, whether on or off the campus.

Sometimes it takes several communities to make a disciple.

At the end of January, Guillaume publicly professed his faith in Jesus. His journey has taken him through several communities and God used each to help him understand the message of Jesus.

Originally from Témiscamingue (about 400km North-West of Ottawa, on the Ontario-Quebec Border), Guillaume grew up in a Catholic family, where he was baptised and confirmed as a child. A few years later, his mother left the church, and Guillaume also decided that the church had nothing to offer him. But God didn't agree.

Guillaume took a first step back while living in the Philippines, where he started attending a church that believes itself to be the only true church. Even if the teaching at this church was far from perfect, Guillaume was touched by a community of people who were open to talking with him about the things of God.

Back in Canada, Guillaume returned to university to change career direction. Looking for a Christian community, he started attending the Catholic Mass at Université Laval. Since the Catholic group there is mostly African, Guillaume had trouble finding his place among them.

“The main reason I am here to profess my faith is that the word of God was proclaimed to me in several places and in several communities."

In January of 2017, the Catholic student association invited the Canadian Bible Society to host an exposition about the Bible on campus, and the SBC representative who came is also an elder in the church where a local staff couple worship. He invited Guillaume to visit the church, and among the people he met were several members of P2C.

Over the course of the next two years, Guillaume joined these friends for a number of activities, Bible studies, and personal chats about faith. One Sunday morning, another new member shared her testimony at the church. Guillaume was touched to hear her story, and spoke to the pastor about his own desire to profess his faith publicly as well.

Guillaume's story is a clear reminder of the way God works in people’s lives. He often uses numerous people and communities, and sometimes even groups who would not even give each other the time of day.

But one thing is certain: God isn't done with Guillaume. Community is still something of great importance to Guillaume, and for next year, he has decided to move into the local Impact House, a community-based initiative P2C - Québec is starting to share the word of God with the larger student community.

Convergence Québec: on mission together

On a windy Saturday in mid March, we held our second Convergence conference of the academic year for Christian young adults in Montreal. This conference is a new initiative of our ministry in the province. We are broadening our scope to reach a larger audience that goes beyond university students. Our goal is to collaborate with churches and other ministries to help young adults across Quebec remain active in their faith, sharing the good news of Jesus around them with relevance, love and conviction.

Close to 100 people, sometimes coming from as far away as Laval, Gatineau and Quebec City, were in attendance to talk about hospitality, the theme of the conference. Convergence is growing since there were about 60 participants at the last conference in September. Given the growing cultural, religious and sexual diversity in our society, we tend to stay within the boundaries of our tribes with people who are like us. God, however, calls us to step out of our comfort zones to meet others just like Jesus left His heavenly home to come to us. Jesus is the ultimate example of hospitality that we as Christians are called to follow. We must go towards people who are different from us and enter into relationship with them so that the Light of God can shine on their lives. Basically, we need to welcome others just like Jesus welcomes us.

The many guest speakers spoke on hospitality from a variety of different angles. Fiona Crossling, director of the community organization Share the Warmth (in whose building we held the conference) set the tone of the day by inviting participants to unburden themselves from the many misconceptions we often have towards hospitality, in particular the perfectionism that, in the end, makes hospitality more about us than about our guests. Mikaël Theimer, cofounder of Portraits de Montréal, a Québécois version of the popular blog Humans of New York, spoke on the importance of listening to other people's stories. Mikaël’s presence was particularly inspiring in that he is not a Christian, but felt very comfortable taking part in an explicitly Christian event. We were also instructed and inspired by Marie-Paule Villeneuve and Encarnación Eloina Martínez Boza, a resident and assistant at L'Arche Montréal, a home for the physically and mentally disabled.

Local pastors, members of Power to Change and leaders from other ministries across the city rounded out our lineup, all contributing to making the day a richly diverse experience of learning and collaborating for the common good. A genuine sense of warmth was experienced between the participants at the conference. They were seated around tables so that they could discuss the ideas brought up by the speakers at different times throughout the day. Furthermore, a shared meal of authentic Mexican tacos was served which contributed to the family atmosphere. The participants left encouraged and inspired to put into practice hospitality in their respective communities and thereby reach the people around them with the love of Jesus.

The Pub socratique : A Place for Brewing Good Ideas

There are few opportunities for Christians (or people in general) to explore together important current issues in a relaxed atmosphere that is open to all. That is why the Pub socratique was created. The Pub socratique is a monthly event based on discussion, reflection and sharing of ideas. One Monday a month, the Pub offers opportunities to interact with a religious, social or cultural issue in a bar in Montreal. The goal is to promote a deeper, more creative Christian reflection through an interview, a presentation or a panel of experts on a given topic.

Christians have not always welcomed or encouraged the use of reason in the service of faith. We want to show that on the contrary, faith pushes us to use all our intellectual resources to contribute to a healthy reflection that benefits society as a whole. Moreover, we want to welcome among us members of society that have a similar desire, no matter their religious or other convictions.

Taking into account our context is crucially important to be able to speak with relevance. We live in 21st century Québec and we want to explore issues that directly impact the lives of people here. We want the reflection and the discussion we are promoting through our Pub meetings to help the participants better live in their daily context.

The intellect reaches the best of its potential when it is developed in relation to the whole of the person. Spirituality is not an exercise of detachment, but of integration, where all the parts of the human being find their place. No topic is unrelated to spirituality since we believe that what is visible comes from what is invisible (Hebrews 11:3). For this reason, we make considerable efforts to show, through any topic, the connection that exists between faith and the ins and outs of life.

At a certain point in their lives, many people question what they have learned (whether it be Christianity, materialism or something else) and the Pub is a wonderful opportunity for people to work these things out intellectually and spiritually. Our desire is that every Pub will help people to deconstruct their conception of God, of themselves and of others (where it is needed), but most importantly to reconstruct the basis of their lives on a foundation that is solidly anchored in the truth and fullness that God desires for every human being.

MORE TO CELEBRATE ACROSS CANADA

GOD IS AT WORK IN STUDENTS’ LIVES ALL ACROSS CANADA. BE ENCOURAGED AND CONTINUE CELEBRATING BY EXPLORING THE NATIONAL REPORT ON THE 2018-2019 SCHOOL YEAR. (REPORT IS AVAILABLE IN ENGLISH ONLY).