Seeing Others Through God’s Eyes 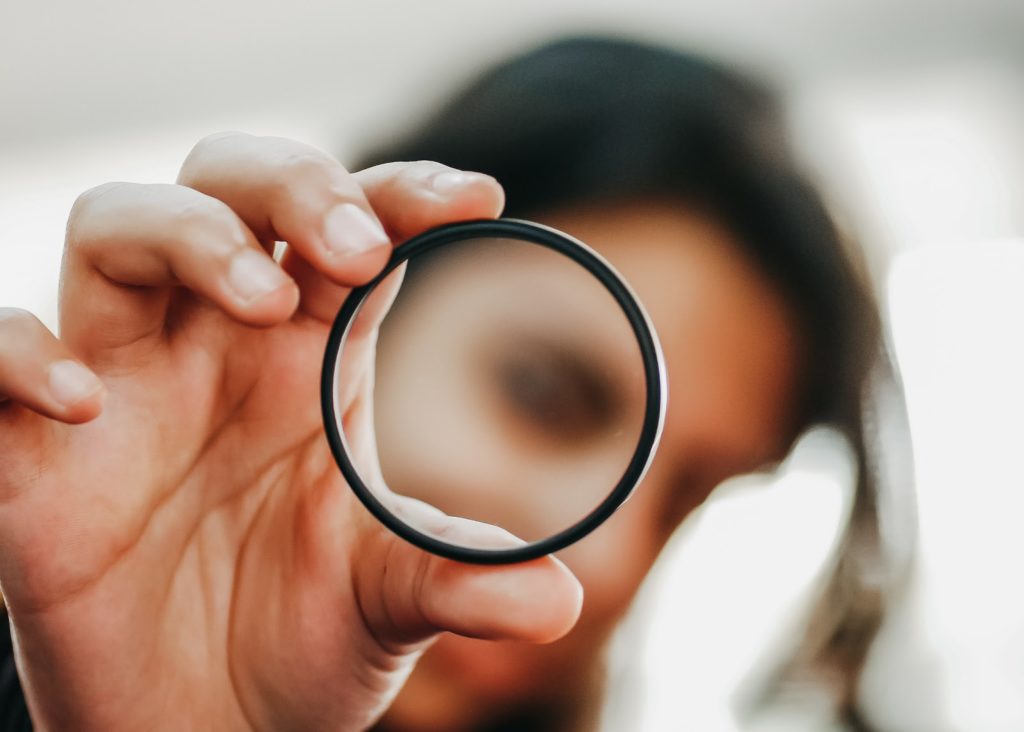 I’ve struggled to continually see others through God’s eyes. Even after more than 45 years of Christian life, I still need to return over and over again to God’s eternal gospel truths. He’s been teaching me to put aside my own perceptions and help others do so. And I have so much more to learn!

For instance, several months back, I met Joan at a church potluck dinner. I immediately noticed her prosthetic leg, serious speech impediment, and certain lack of personal hygiene which hinted at the daily challenges she faced.

After supper, encouraged by our group’s warm reception and compassionate listening, she shared that she had felt alone and rejected for most of her life. She doubted God’s love for her, and could not understand why He was allowing so much suffering in her life.

As she spoke, I felt God nudging me to invite her to join our home group. But honestly, I was afraid to do so. We had invited needy people into our home group in the past, only to see it become painfully unhealthy. Would that happen again? Would she dominate every discussion as she had the one tonight? Would we soon tire of her and treat her less and less lovingly and compassionately?

I threw those questions out at God in quick succession, a little panicked. I feared that her doubt and discouragement would become contagious and drag us all down. Our group was in such a healthy, enjoyable, relaxing state right now, and I didn’t want anything to mess it up.

God responded by speaking to my heart with that quiet, gentle voice of His. “Trust Me, beloved child, and obey, no matter how you feel.” I knew Him well enough by now to know that even if the road ahead might be harder than I would like, He would make good come of it. So I went ahead and invited her, though part of me didn’t want to.

Joan’s response to my invitation left me speechless. “Really? You want me to be a part of the group? Thank you so much for allowing me to come!”

At that moment, all fear and hesitation evaporated, replaced by love and compassion. I was no longer focused on me: I was focused now on her and on what God wanted to do.

Over time, I would discover that her comment was linked to a lot of past rejection, loneliness, and sorrow. That is probably why God introduced her to me. Although my life story is very different from hers, we journey well together because her struggles are similar to mine.

During our home group meetings, Joan would periodically share returning doubts concerning God’s existence, His total forgiveness, and her access to heaven. Having gone through a deep period of doubt, guilt, and shame myself years before, I knew just how tenacious and pervasive such feelings could be.

When she phoned asking for prayer because she was entertaining suicidal thoughts, I helped her express all her fear, discouragement, and pain to Jesus, just as I had learned to do in my times of depression.

When she phoned asking for prayer because she was finding it impossible to forgive someone, I would help her express all her anger, frustration, and grief to God. Then together, we would thank God for the gift of His Spirit, and invite Him to love everyone around us supernaturally.

By coming alongside her and praying often together for these and other situations, I thought I was doing a great job of seeing her through God’s eyes. However, I realized that there was one major area of who she was in Christ that I had neglected to even notice until we went to a nearby fast-food restaurant one day.

When we entered, nearly half the people there greeted Joan by name.

That is when I finally saw it clearly — Joan’s amazing gift. Her fearless friendliness allowed her to create a broad network of friends she kept in touch with regularly. I only realized then how God had been using that gift all along to draw every member of our home group closer. She had been keeping in touch with each of us during the week and gracefully accepting the help we offered her. I also realized that I might never have taken time with her if she had not been continually taking the initiative with me. Why had I only focused on what I could offer her? Why had I not focused on all she was offering me and others?

As I drove her home that night, I pointed out to her just how precious her God-given gift was. Joan had never even realized that God was using her in that way!

When I first met Joan all those months ago, I had no idea that she would become a treasured friend. Although it took me time to truly see her through God’s eyes, Joan and I are giving one another the opportunity to see ourselves as we will be in eternity: fully delivered from all evil, perfect, restored to Christ’s image, eternally His! We imagine ourselves dancing together, jumping and leaping and running with joy in His presence — all fear, pain, and weakness gone forever.

I am so glad that I listened to our Father’s voice that first day and took the time to know her. Thanks to Joan, I am continuing to grow in my ability to see myself and others through God’s eyes. 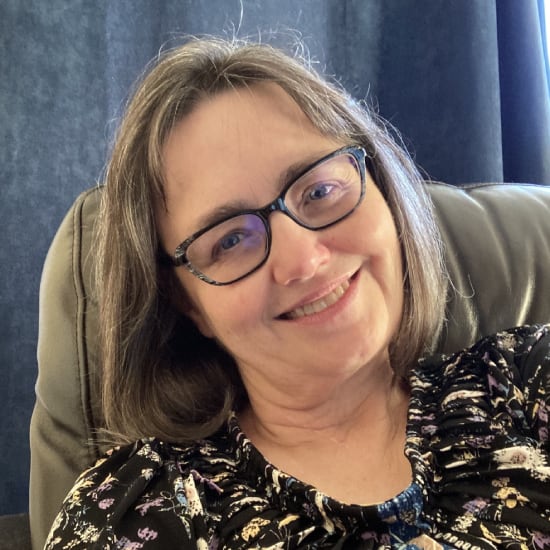 Anne-Marie is the Content Strategist for P2C Digital Strategies. She loves Nordic walking, watching foreign films and television series, and learning new languages. Above all, she enjoys joining people on their spiritual journey and helping them develop a deep and transformative relationship with God.
← Previous Story | Parents in the Pandemic Next Story | A Grief Process →