Are you celebrating the mission of Saint Patrick?

“Before thumbing your nose at all the carousing and empty revelry that much of the day has become, it’s worth taking at least a brief glance at the inspiring Christian origin of, and missional impulse behind, what we now mark as Saint Patty’s. While the day has become a celebration of all things Irish, the original feast was about gospel advance. It was not about parades, but pioneering the church among an unreached people.” – David Mathis (emphasis mine)

I have never given much thought to Saint Patrick or his Feast Day, March 17. I don’t have Irish roots nor a particular interest in commercialized holidays. For me, like many others, the day passes with only a nod to green, gold, and Guinness.

But Saint Patrick isn’t really about any of these things.

Who is Saint Patrick?

Patrick was born among the Celtic “Britons” to a Romanized family of Christians, about 400 years after Jesus. There are numerous places where you can read more about his life of capture, slavery by Irish raiders, and his subsequent escape.

But what we are interested in is his mission back to the Irish tribes. In the 5th century, the world was divided into those within the Roman Empire and those beyond its borders. Guess where the island of the Celtic Irish fell?

After his escape and conversion, Patrick was happily serving God in Roman Britain as a parish priest when he received a call to go to what we might describe today as “the unreached”. Patrick records his call to Ireland in his end-of-life confessions:

“A few years later I was again with my parents in Britain. They welcomed me as a son, and they pleaded with me that, after all the many tribulations I had undergone, I should never leave them again.

It was while I was there that I saw, in a vision in the night, a man whose name was Victoricus coming as it were from Ireland with so many letters they could not be counted. He gave me one of these, and I read the beginning of the letter, the voice of the Irish people…. They called out as it were with one voice:

‘We beg you, holy boy, to come and walk again among us.’

This touched my heart deeply, and I could not read any further; I woke up then.” – Patrick, Confessio 23

A life of service to the unreached

The reason we celebrate Saint Patrick is because he answered God’s call to go to those outside the known world to bring them the message of Jesus Christ.

He heard God’s call to go to the nations and he accepted. His missionary heart believed God’s Word when it commands us to go. In his own words Patrick writes of this conviction:

This is what the Lord says in the gospel: he warns and teaches in these words: ‘Go therefore and teach all nations, baptising them in the name of the Father and of the Son and of the Holy Spirit, teaching them to observe all that I have commanded you; and behold I am with you all days, even to the end of the age.’

Again he says: ‘Go out therefore to the whole world and announce the gospel to every creature. Whoever believes and is baptised will be saved; whoever does not believe will be condemned.’ And yet again: ‘This gospel of the kingdom will be announced all over the world, as testimony to all the nations; and then will come the end.’” – Confessio 40

Patrick took this scriptural mandate literally, something scholars suggest was unique at the time.

First, he went willingly to those who were culturally far away, outside Roman borders.

Second, Patrick’s church-building methods may seem normal to us today, but at the time his ideas were uncommon. Speaking the language, he and his team sought to establish local Irish speaking churches through the familiar tribe system.

Patrick and his team would approach a local chief to seek permission to live in the tribe or to set up a camp nearby. Here they would minister and share Jesus with those who were interested. As men and women were baptized, with some became becoming monks or nuns, they would establish a local church (see Confessio 41 & 50). After appointing leadership they would move to the next area.

Because of these faithful Apostle Paul-like efforts toward his former captors, the indigenous church of Ireland was born. And that’s why we celebrate St. Patrick’s day.

What does Patrick’s conviction ask of you?

Patrick’s conviction for the nations was white-hot.

As I read through Patrick’s Confessio, it gave me pause. His humility stands out alongside his great joy at being called to participate in God’s mission to Ireland. I found that his words were asking questions of my soul.

Give a moment of meditation to Patrick’s words and consider how you might respond to his conviction for the nations.

“I can today with confidence offer my soul to Christ my Lord as a living victim. He is the one who defended me in all my difficulties. I can say: Who am I, Lord, or what is my calling, that you have worked with me with such divine presence?

This is how I come to praise and magnify your name among the nations all the time, wherever I am, not only in good times but in the difficult times too. Whatever comes about for me, good or bad, I ought to accept them equally and give thanks to God.

He has shown me that I can put my faith in him without wavering and without end. However ignorant I am, he has heard me, so that in these late days I can dare to undertake such a holy and wonderful work.

In this way I can imitate somewhat those whom the Lord foretold would announce his gospel in witness to all nations before the end of the world. This is what we see has been fulfilled.

Look at us: we are witnesses that the gospel has been preached right out to where there is nobody else there!” – Confessio 34

Do I take seriously Jesus’ call to go to the nations?

Will I accept God’s call on my life to “undertake such a holy and wonderful work” as preaching the gospel to those who have never heard?

“Now I commend my soul to my most faithful God. For him I perform the work of an ambassador, despite my less than noble condition. However, God is not influenced by such personal situations, and he chose me for this task so that I would be one servant of his very least important servants.” – Confessio 56

Do I offer myself to Jesus as his ambassador no matter my perceived gifts or skills? Or do I make excuses about God’s ability to use me in this task?

“I await his promise – he is the one who never deceives, as is repeated in the gospel: ‘They will come from the east and from the west, and they will lie down with Abraham and Isaac and Jacob.’ We believe that believing people will come from all over the world.” – Confessio 39

“I am greatly in debt to God. He gave me such great grace, that through me, many people should be born again in God and brought to full life. Also that clerics (leaders) should be ordained everywhere for this people who have lately come to believe, and who the Lord has taken from the ends of the earth.

This is just what he promised in the past through his prophet: ‘The nations will come to you from the ends of the earth, and they will say: How false are the idols our fathers got for themselves, and they are of no use whatever.’ And again: ‘I have put you as a light to the nations, that you may be their salvation to the end of the earth.’” – Confessio 38

What does it mean that God has called me to be a light to the nations? How does my life reflect this reality?

Celebrate this day of great rejoicing

St Patrick’s Day: an invitation to celebrate God’s love for those who do not yet know him.

A day to consider what great rejoicing there will be around God’s throne when we will see “a great multitude that no one could number, from every nation, from all tribes and peoples and languages, standing before the throne and before the Lamb, clothed in white robes, with palm branches in their hands, and crying out with a loud voice, “Salvation belongs to our God who sits on the throne, and to the Lamb!” (Revelation 7:9-10) 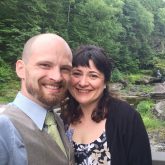 Terra Hensel has served on staff with Power to Change – Students for over 12 years. Terra is a vibrant and beloved-by-Jesus coffee-snob, project manager, problem-solver and creative. She loves her husband, friends, jazz, books, sewing, singing, and dancing. 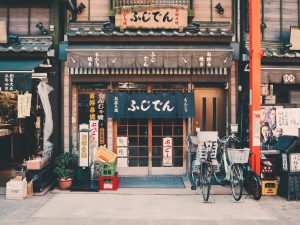 Japan unreached? That’s about to change. 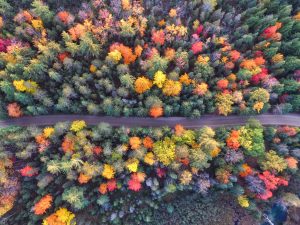 Why on Earth would anyone want to go to Québec? 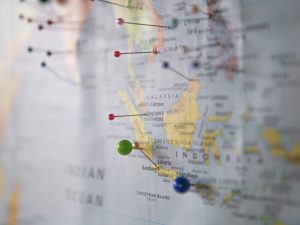 Imagine what God can do if we go together