We’re not told what makes one “worthy” to lift Thor’s ancient hammer, although it seems to be more than simple morality, especially as Thanos can wield these items.

That leads me to what is my favourite thing about Captain America (Cap)—he is a man of conviction. Cap has the will to act and do what is necessary. He is, overall, a serious man and life is not a joke to be lived flippantly. It is with this conviction and strength that makes him worthy, and with that willpower he summons Mjolnir and takes on the Thanos.

The Marvel Cinematic Universe (MCU) is not oblivious to this fact, not least of all in Avengers: Endgame. The Cap vs. Cap scene was more than funny—it was the evolved and sobered Steve Rogers against his younger self who, if we’re honest, probably took himself a bit too seriously.

I’ve loved Steve Rogers since the first Captain America movie. Perhaps I relate to him or long to be like him. He’s up front and honest, yet focused and full of conviction and integrity. Where Tony Stark is funny and sarcastic, Rogers is serious. Some don’t like him for this, but personally, I think our world is lacking this seriousness and moral conviction. Perhaps especially in our men.

Christians love Cap’s Avengers 1 line: “There’s only one God ma’am. And I’m pretty sure he doesn’t dress like that.” But despite Cap’s theologically accurate monotheism, one wonders if his goggles were a bit rose-coloured for his own good.

I appreciate Steve’s evolution. He doesn’t change that much; he’s still the man of conviction that we’ve always known. He doesn’t break, but he’s less naive. He knows he can no longer trust blindly in the institutions he once did and gave his life for: S.H.I.E.L.D. and his own country. He’s perhaps even a little tired of his own stubbornness.

So what is it? Do we take ourselves seriously, or do we play it cool? Is there a dichotomy between conviction and cool?

I don’t think so. The point of Cap’s character arc is we can be clear headed, not take ourselves too seriously, and yet be unwavering. We can hold fast to our convictions without giving ourselves blindly to worldly institutions or overcommitting to our imperfect selves.

This was the old Steve Rogers on the bench by the lake. He got some of that “life” that Tony always sarcastically told him to get. He felt free to do so now, where before he may have been so focused on the mission that he lost some of life. He was fine with humbly passing on the baton.

This is the kind of humble surrender that Jesus both models and calls his disciples to.

When we don’t take ourselves too seriously, we show recognition that we’re not that great on our own. While the mission is to be taken seriously and life is no joke, something greater than myself ultimately decides the Universe’s fate. This lack of control can be scary, or we can laugh at it, and at our feeble attempts at playing God.

For the Christian, the “something” that holds the fate of the universe is God. We worship him, which means we can’t take ourselves too seriously. Some might think this makes us weak or without conviction. Quite the contrary—we place our conviction properly in the Almighty. So while my own efforts may become frustrated, I myself may remain unbroken in conviction. While worldly institutions do fail me, God never will.

I hope to evolve like Steve Rogers did. I hope to remain a man of conviction—one who takes life, God, and God’s mission seriously. I hope to take myself and my sanctification seriously, and to not waver in my pursuit of grace, truth, faith and love. And I also hope to relax, enjoy life, and not be so serious that I end up worshiping a false God of self, institution, or mission. 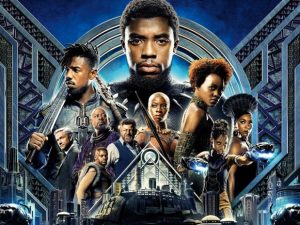 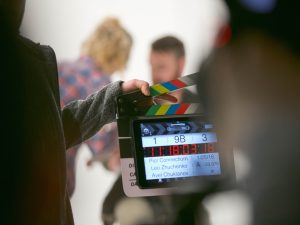