Formed by my multiracial family

Sep 28, 2020
Hannah Watt
#Topics: relationships, what forms us
On this page

My DNA forms my body, who I am physically. I have my momma’s brown hair, dark as a mocha. I have these deep brown eyes that everybody in elementary school called dark brown, from ancestors past. I have the same feet as my daddy and the willowy legs from his parents. I’m a walking family tree.

The thing is though, I don’t really look like I’m related to all these people. My family tree is a complicated tapestry, different cultures bound together by marriages and babies.

I’m a human latte. A blend of French Canadian and Welsh and Ukrainian and Scottish and Taiwanese. My momma is this fierce Asian woman who grew up between Canada and Beijing (but is actually Taiwanese). My daddy is this gentle White boy who travelled with his military family in the Prairies. Two beautifully different people. And their stories have made me who I am.

I wouldn’t change it for the world. Being multiracial has shifted the way others see me, the way I see myself and the way I see God––for the better (mostly). I’ve learned that my racial identity and the vastly different stories and cultures of which I am a combination don’t have to be mono-cultural. I’m just as complex and diverse as my DNA, and that’s home.

How (I think) others see me

I have this coarse, dark hair that runs straight and past my shoulders. I’m short. I walk just like my momma and I probably look most similar to her too. That’s why the other day, when I asked my little sister what race she’d see me as, she nodded her head and without a second thought said, “Asian.” Then I asked her what race she would see herself as. And she said, “White.” It feels like this complicated, beautiful mess to be multiracial, because this sister of mine is biologically related to me.

I can’t tell you how others see me. Because I am not them. But the way in which I perceive that others see me has dramatically formed me.

In predominantly Asian spaces, I felt like a bit of a fraud because I never feel “Asian-enough” to connect culturally. My traditions, values, and so much of me are so different. But it’s the same when you flip it. I think it’s easy to feel lost when you don’t feel like you ever fit in, especially in spaces where you’re “supposed” to fit in. And then in contrast, in predominantly White spaces, I know hardly half the references that build up “Whiteness” with traditions and values. I feel a bit out of place.

But race always lingers in the way people see you, how they identify you; no matter how outright the conversation is, it still lingers.

I will be the first to admit that I know I benefit from half-White privilege. I have big eyes that some might call more “White.” I have the tan that White girls everywhere are trying to achieve. In some ways, I benefit from receiving the privilege of “fitting in” that comes with being White, but I also gain perspective from also being a Woman of Colour.

I fit generally into Western beauty standards. The standard seems to suggest that in order to be beautiful, you must have qualities generally attributed to White people. For a Person of Colour, my skin tone is generally more fair. My eyes have that crease that skincare companies across Asia are trying to artificially create. But I am not fully White.

I was the six-year-old who wanted to be blonde, because the Western standards for beauty told me that in order to be beautiful and popular, you had to be blonde. But I was still the Asian girl who had people complimenting my long, straight hair left and right.

I will be the “Whitest” person in a room full of my Asian peers in one space, but I will be the only Person of Colour in a predominately White space. It feels like some kind of dance no one ever taught me, to be treated in contrastingly different ways in varying spaces.

I heard once another multiracial person articulate this much more potently than I could:

“The label of POC for me feels like a badge of honour that I am abusing, as I have not experienced the oppression that my Black and Brown peers have felt. I am granted the freedom to articulate my opinions on race in a way I would not be able if I were completely White.”

Maybe you see me as White or Asian or whatever mix of both that I really am. How you see me is your opinion, and that’s okay with me. I’ve learned in being multiracial that how others see you can form who you are, especially as a child, but that doesn’t mean it needs to form who you become.

How I see myself

I’ve grown up nestled in the suburbs of Ontario, in a predominately White city. But in the little bubble of people that I’ve grown up around, many families are multiracial, just like mine. For this, I have felt known and secure.

With these people––these families that I felt look more related to me than my own blood cousins on my Dad’s side––I felt like my own culture was created. This place where the bounds of being mono-cultural were broken. We would eat fried rice next to burgers with ketchup. We would learn to put salt on our pineapples and eat cereal as a midnight snack.

But some days it’s harder, or even just plain weird. Strangers look at me and my White biological dad and hardly think we’re related. It’s a guessing game for everyone to figure out if my brother is either Inuit or Egyptian when he’s neither. Nobody believes my sister when she says she’s Chinese because––in my opinion––she looks more French! People see me as a half, or it’s just plain confusing to not belong to a sole ethnic group. But it’s wildly beautiful. And I’m learning to love this.

I’m learning to see myself and the art of being multiracial, this beautiful gift that I’m beginning to realize. To create spaces where I learn about the places my ancestors have been, the ways in which their stories have shaped me and the traditions their blood has carried into me.

How I see God

And then there’s God. Generally, or at least from what I’ve heard, most people don’t associate conversations about God with race. But how we see ourselves, how we’re seen by others, and how race intersects these conversations has dramatically shaped how I have grown up and inevitably how I see the world, including God.

As a child, the Church formed the way I saw God. My local church was predominately White, and I felt like a multiracial girl who couldn’t be put in a box. Jesus was depicted as this blonde boy with striking blue eyes and the lightest complexion. I’ve realized that we often mould Jesus into how we want him to look. Privileged. White. Handsome in the eyes of Western beauty standards.

In my church, I always felt out of place. I’ll speak just for myself, but somehow it felt like I didn’t really belong in this space where everyone was in on the traditions and values and cultural references that come with being White. Full white. Not the half-sie that I felt like I was.

At church, it was easy to feel out of place. But when it came to the guts of my relationship with God, I felt seen by him. I mean, he made me. Like, he made me and he decided for me to be born and for all the people who are a part of my lineage to be born, so my siblings and I could be the racial mashups that we are.

God made me a watercolour piece. He made whatever beautiful mess that I am, and I see him at work in my family. He made this family of mine not one-sided or able to be contained; to be mysterious and unique, just like him. But because we’re human, we’re messy just like everyone else––but just like everyone else, we reflect him in our own unique way.

But no matter where you yourself come from, no matter what your family tree looks like, I hope you learn to acknowledge the stories, both hard and healthy, that have formed you too.

[Editor’s Note: This article belongs to our series on “What forms us?” Of course, it’s ultimately God who shapes us toward Christ-likeness. But we hope these reflections encourage awareness and inspire intentionality in how we live. For more articles in this series, click the #whatformsus tag.] 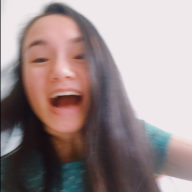 Hannah is a highschool student with a passion for wordstringing. You can usually find her laughing with her besties or throwing a dance party in her kitchen. You can read more of her writing on her blog – wattsuphannah.weebly.com.

I am my mother’s daughter