How to engage the themes of war, justice & evil in the movie FURY

A quick synopsis of Fury

War movies have been done plenty of times over the years. They often are based on real-life events to help us feel the “realness” of war and make us believe we’re in the shoes of real soldiers fighting real fights. The best war films, however, extract meaning from the grinds of warfare and give us something to chew on and mull over.

Recently I took in the film Fury, a film centred around one particular tank (nicknamed “Fury”) and its long-living crew who fought and lived through much of the second World War.

Given that this is a movie about stories of war, there’s a lot here that can gross you out or offend. Brutal and gory war violence brings with it lots of swearing and some inappropriate innuendo and a suggestive scene or two. There’s nothing graphic sexually, but there is implied sex a couple of times, and lots of mature themes that aren’t children friendly. So keep that in mind before you jump in line and check it out.

But, that being said, if you’re looking for warfare done well, characters you can both love and hate, and a movie with a little more than meets the eye, Fury is for you. You will come out of Fury very satisfied for its intense and suspenseful action sequences, and you’ll definitely discover lots of conversation material that could be used with your friends to talk about spiritual things.

Introducing the themes in Fury

With actor Shia Labeouf, one of Fury’s stars, confessing, “I found God doing Fury”, and the movie itself being full of Christian truths and Biblical references, it won’t be too hard to start a spiritual conversation after seeing this film. (You can read about Labeouf’s strongly worded experience online at Interview Magazine.) But let’s take a look at the themes and big ideas in Fury.

The film opens with the death of “Fury’s” assistant driver, and thrusts Norman, a trained typist, into the unfitting role.

Norman is greener than the uniform on his back, and it’s through his naivety that we vicariously face the harsh throes of war and ask questions each of us would ask when faced with life’s ugly realities.

“Have you seen it?” Shia LaBeouf’s character “Bible” asks the clumsy Norman with an ice cold stare.

“Seen what?” asks the confused and clearly frightened rookie.

“What one man can do to another.”

This intense first conversation sets the film’s tone. The key war themes of evil, justice and death will be a heavy and ever present reality.

The evil in man, the reality of death and suffering, and the pursuit of justice are three of many themes one might pick apart and wrestle with in Fury.

We, the viewer, trudge forward with Norman, and with him both realize and feel the weight of these realities.

At perhaps the most emotionally intense point of the film, Norman loses something that had become precious to him only moments earlier.

He fights hopelessly to undo the impossible to undo, trying to shake off the restraints of a crew mate. He struggles helplessly in a firm grip as his companion screams what reality is speaking without words:

Intense scene after intense scene keeps you on the edge of your seat and yet still wrestling with the questions raised. In Fury, reality is gritty and harsh, and yet inescapably weighty.

The gospel-themed conversations you could have with a friend after seeing Fury are endless. The themes that underlie its dark narrative are so core to the gospel, it’s almost too easy.

The constant Biblical references (and the interesting Christian character “Bible”) do half of the work for you. The different motifs and questions the movie asks are almost always linked to Christian moral assumptions and concepts—sometimes to Scripture itself.

When you want to use Fury to have deeper or gospel-centred conversations with your friends, give the following a shot:

For example, despite all of the atrocities we witness in the film, Bible asserts that what the crew is doing is a “righteous act”. The movie clearly intends for you to wonder, is that really true?

2. Challenge those assumptions—even the ones you agree with

Ask your friends what they think of said questions and assumptions. Remember: have no hidden agenda of your own! Example: Can war be justified? Why?

If opportunity arises, share where you’re coming from and what you think, or how the movie challenged you in your thinking. I think many a non-Christian would really appreciate you challenging your own assumptions and might even open up as you do so with them.

Not scripts or methods, but rather reliance on God

I’m hesitant to give you scripts or prescribed methods (you need to be adaptable and Spirit-led). Instead, whenever you watch TV or movies (or engage in any form of media), try to have a mindset that both watches and thinks. You need to learn to watch for assumptions and questions that pop culture has.

Practice engaging with these assumptions yourself and with others who hold to them as well. As you learn to think and engage appropriately, you’ll be able to tie things back to the gospel.

Remember to always rely on the Holy Spirit, that He would guide your thinking, move in your conversations, and ultimately change hearts for His glory! 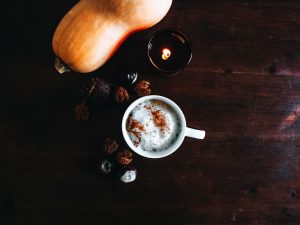 How a pumpkin spiced latte & C.S. Lewis helped me talk about Jesus 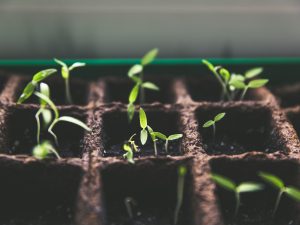 4 ways to transform & grow your relationship with God 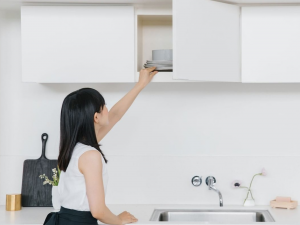