I’ve learned that humility, trust, and love are needed in mentorship

May 17, 2022
Jade Song
#Topics: discipleship, success after graduation
On this page

Listening to others requires humility

Ingrained in my culture is a respect for elders. Those who are older and wiser are deeply valued.

In my childhood and young adult years, the assumption was that anyone who was a parent figure could give unsolicited advice whenever they wanted, no matter the context. I was never encouraged to have my own opinion. I often found myself not in a place to receive their feedback––yet the expectation of me was to be respectful and listen.

As a result, oftentimes their words would go in one ear and out the other. But I also learned to have a humble attitude and seek to listen first.

In my final two years of university, forming my own opinion was actually the start of adulthood for me. I had to figure out what I wanted to do with my free time, decide on an idea for my design project, and choose my school electives. My circle of independence was slowly growing.

It felt really refreshing, and it also opened up opportunities for dialogue with people I trusted.

Coming from a dysfunctional home, it was hard to trust my parents when I started to explore post-graduation options. I went to my peers first, then my professor, and also talked to people at my home church. Then I needed my dad’s approval, because he had the final say at the time for financial reasons.

In university, as I was growing a sense of myself, June was like a big sister to me. She was one of my first “mentors.” She would text me often to see how I was doing, listened to my struggles, and offered empathy and encouragement. I knew she cared about me.

Unfortunately she passed away a few years later from cancer. Her last encouragement for me was to pursue what God wanted for me. That input was instrumental as I approached my graduation. I had been holding onto things that had no future. She gave me courage to let go.

Another important mentor figure in my life was my older sister. Living with her family after graduation provided healing and played an important role in forming my values. For the first time I felt safe living at home.

During the two years I lived with them, I learned how to budget, and I was able to work two part-time jobs so I could gradually become financially independent to support myself apart from my dad. That was the first step of freedom for me.

Read more of Jade’s story: Growing up an ocean apart didn’t stop us from being sisters

Mentorship matters, and I would not be the same person today without trusted individuals in my life.

These people offered their undivided attention, their presence, and their wisdom.

They sat there in my sadness, and were there to celebrate with me.

They showed up when I needed help.

They believed in me, spoke the truth to me, and were gracious and understanding.

They showed me God’s unconditional love.

When did I start to invest in others? When I saw the world through God’s eyes––he slowly gave me love for the people around me.

I have found myself in places where I was put in leadership to care for people, or later on in marriage mentorship as a couple along with my husband.

I have always been open to new friendships, whether they were younger or older, no matter the cultural background. I think it’s so important to have friends in different life stages as well, so you get to hear different perspectives.

Read more: Mentorship is modelling a life of faith to everyone

Sometimes mentorship can be a formal relationship (once I was in an online mentoring program connecting with others around the world!), or a natural friendship.

When mentorship relationships shift or change, there’s opportunity to develop new layers of connection. Two young women I used to mentor formally have now become really close friends. I appreciate their input and vice versa. I am thankful for life-giving chats and I appreciate their presence, and I think it goes both ways.

My encouragement for you? Take initiative to both get to know people around you, and seek to be known by others. To not be content with surface-level conversations and look for opportunities to connect on a deeper level.

Most importantly, ask God to show you his love for the people around you. You may be surprised where God will take you. 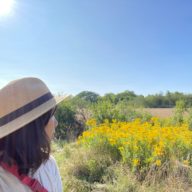 In your day-to-day life, what helps you connect with God?

Long-term friends: When life changes, who do you want to take with you?