Lord, I’m Angry: How to throw your worst at God

Dec 7, 2016
The Blog
#Topics: brokenness, mental health
On this page

Dealing with a heap of emotional turbulence

At the moment my emotional side seems to be in overdrive. I am still reeling from some recent life-altering health problems. Moreover I feel like a weight is pulling me beneath the brink of emotional and spiritual buoyancy. Normally I’m not one for lamenting. I figure people ought to get on with their lives and trust God with those things they can’t change.

Perhaps your thinking is similar. But in the midst of frustrating setbacks with my health and life plans, I find that my soul does not respond with cold logic, telling me what I should do or think; instead, disappointment wells up. And that disappointment is directed at God.

The saints threw their worst at God

At first I was frightened to feel this way, as though good Christians shouldn’t harbour any such thoughts or feelings towards God. But it was profoundly freeing to find that many Psalms do exactly that:

Some Psalms close with a resolve to trust God, while others finish with no such ascent.

Don’t worry, God is not a pushover

My initial reluctance to utter such lamentation was itself overcome when I realized God is more than capable to handle each and every emotion I throw at him. This isn’t to excuse any of my outrage or sinful attitude towards God, rather to say he’s not surprised at my heart’s response to pain.

God wasn’t surprised by Elijah, who fled into a wilderness of depression and anxiety when he didn’t see his hopes materialize. Or consider the nation of Israel who sang the song of sorrow when the temple in Jerusalem was desecrated and the people of Judah exiled. Few of us go through life stoically as if life’s blows don’t take us down a few notches.

The way of worship: Giving my worst

Perhaps God intends for me to feel as much as he intends me to think (indeed our feelings often reveal what we think about God). Rather than feel ashamed over my disappointment and anger, I discovered that with God there is freedom found in honesty, and worship found in freedom. Although I felt disappointed and broken, I realized the need to be honest with the Lord. Only then could I come before him in true worship.

It was during this time that I found suffering and sorrow aren’t the way to worship, but the way of worship. (Check out Michael Bird’s A Sacred Sorrow.) I shouldn’t think, as I once did, that standing on the mountain of joy and gladness is the sole place of worship and I need only get there. Rather the entire journey is one of spiritual worship, where God calls me in the abundant and the scarce, joyful and disconsolate, in times of peace and tumult, to offer my body as a living sacrifice (Romans 12:1).

This whole experience has reinforced the idea that faith is that thing which looks to Christ to put me back together, not that which tries to come before him well put together. Faith is being honest with God about how adversity can bring me to my knees, and sometimes even lower.

Stuffing it down isn’t as spiritual as you think

Sometimes darkness is my closest friend. It shouldn’t be ignored. Nor should I fill my heart’s emptiness with empty reasons to rejoice. This isn’t to say God’s promises can’t bring about gracious renewal, but merely to point out that the heart doesn’t respond like the mind does to truth; its posture can’t be quickly changed with a dose of doctrine.

My hope is that you see, like the Apostle Paul, how we catch a particular angle of Christ’s glory when we’re brought low, one which can boast in its weakness (2 Corinthians 12:10) for therein is Christ’s power made perfect. As broken jars of clay we’re bound to feel pain, and God’s not taken aback by a turbulent heart. Learning to worship in the dry, cold, bitter seasons of life means learning to lament. But as one laments it is good to “wait quietly for the salvation of the Lord” (Lamentations 3:26). Jesus after all promises rest for the weary and heavy laden; and to his arms we must go, limping, time and time again.

Why is it that with God there is freedom found in honesty?

Have there been times in your life you were afraid to voice your disappointment with God? Why?

How might your relationship with Christ be taken deeper amidst your weakness?

If you are experiencing some significant setbacks, what are some things you can do to bring your soul into the warm embrace of Jesus? 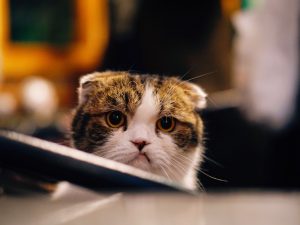 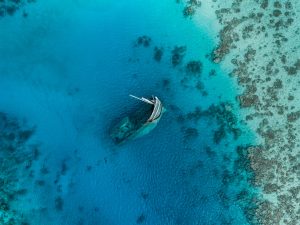 Will God abandon me?

My journey of lament

Learning to be honest with God in grief