The good news about Good Friday

Have you ever wondered why the Friday of Easter weekend is called “Good Friday”? I certainly have.

Good Friday marks the occasion of the crucifixion of Jesus Christ. It is the day that we set aside to remember how Jesus was arrested, questioned, and then sentenced to death on a cross. All in spite of the fact that no one could find any real guilt in him to justify these actions.

“Now, that doesn’t seem particularly good,” you might say. And I would agree with you. The injustice that was done to Jesus Christ was anything but good. Nonetheless, it is good news to us.

Jesus died for you and me

The good news about Good Friday is that Jesus didn’t die a pointless death. He came with a very specific mission in mind: to restore the glory and original design of God’s creation and that involves coming to seek and save the lost (Luke 19:10). Many times, Jesus referred to himself as “the shepherd,” and his people as “the sheep.” And we—his people, the human race—were like lost sheep without our shepherd, wandering around wherever we desired. I was one of those sheep; so were you.

So when Jesus tells the story of the one lost sheep, and the shepherd who leaves the ninety-nine to pursue that one (Luke 15:4-7), he gives us an idea of the lengths that he goes to when pursuing his lost sheep. You mean so much to him that he would leave the whole herd behind in order to find you.

Jesus dedicated his time on this earth to gathering lost sheep back to himself. And that ministry culminated in his sacrifice of himself for the sheep. He sacrificed himself for you. The Son of God himself thinks that you are so precious that you are worth the cost of his own life.

It gets even better. See, when Jesus made the choice to die for you, he didn’t do it because he thought that you were the most deserving, perfect, human being. Maybe you’ve had doubts about whether you deserve God’s love. You’re not alone. Many, including myself, have looked at their lives and wondered how God could possibly find them worthy of his love when they have screwed up so many times. We sinners, are bound up in the fight for God’s glory. Jesus came to die to restore all of that, and he loved us even in our broken state. As we read in Romans 5:8, Jesus died for us while we were still sinners. Jesus, being the Son of God, despises sin. Yet he loved you so much that he chose to die for you even though you were a sinner.

Before Jesus’ death, God’s people were required to make animal blood sacrifices (most often innocent lambs) to atone for their sins and restore their right relationship with God. The reason these sacrifices were made was to satisfy God’s desire for justice by placing an individual’s sin on an animal so that its death would be a substitution for that of the guilty individual. God tells us that the punishment for sin is death (Romans 6:23). Thus the lambs died so that God’s people didn’t have to. But when Jesus gave his own life on the cross, he became the ultimate blood sacrifice, covering all the sins of the past, present, and future.

I don’t think that Jesus calling us his sheep is a coincidence. It implies that we are just like those sacrificial lambs. We deserve death for our sins. Without the animal substitutes, we would be the ones who would have to die in order for God to be satisfied.

But Jesus was completely righteous. He did what we never could: he lived up to God’s holy standards. He was tempted, but he never sinned. He endured great suffering, but remained faithful and obedient to God—even when that meant willingly going to his death.

Jesus, the most perfect person to ever dwell on the earth, took our place when he died on the cross. Jesus didn’t deserve death, but the rest of us did. Nonetheless, he chose to take our penalty so that we could be forgiven. He is called the Lamb of God (John 1:29) because he became the replacement sacrifice. He took our place, he became the new sheep that stands in our place, and he died to take away all of our sins.

You don’t have to earn it

Without Jesus to atone for our sins, we would face the impossible task of trying to earn our own salvation. We’d strive to live sin-free lives, knowing that we would be bound to slip up at some point. After all, we’re only human; we’re not perfect. It is in our nature to sin. It is perfectly natural to live life centred around ourselves, not caring about what God says or thinks. Imagine how difficult that would be, always playing catch-up with ourselves, trying to make up for every mistake after it happened so that it wouldn’t be held against us when God examines our lives and makes his final judgment.

Living up to God’s righteous standards is impossible. No amount of good deeds can ever undo the bad ones. When we sin, we hurt ourselves and others and, more importantly, we reject God’s authority, destroying our relationship with him in the process. Without the atoning sacrifice, the only way to be right with God would be to live a perfect, righteous life.

However, you don’t have to do that. And it’s a good thing too, because you don’t have the capacity or the capability to do that. When Jesus died on that first Good Friday, he made a way for you to be right with God. He washed away the stain of your sins with his shed blood. He stepped in for you so that God would make his final judgment based on the life of Christ, instead of yours.

Even though Jesus wasn’t raised to life again for three days, the Friday of Easter weekend is good news because it represents Jesus’ total and unconditional love for us. It was on that day that he died for you, in spite of your sins, to free you from the burden of trying to earn your salvation. It was on that day that we were rescued from the punishment that would result because of our inability to live a perfectly sinless life. Good Friday is good news because that was the day everything changed. 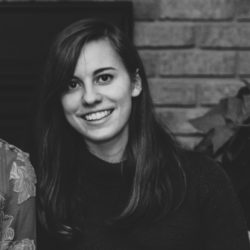 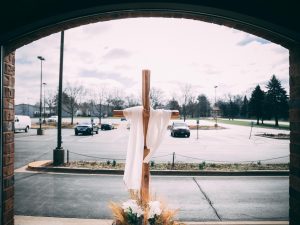 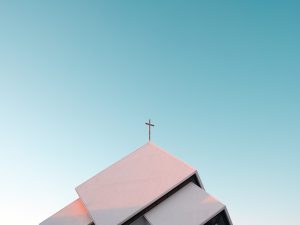 What if Easter never happened? 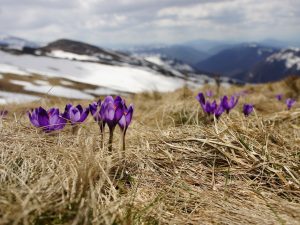 Hoping for Spring – Reflections on Lent