The Great Commission: an invitation and command

[Editor’s note: P2C-Students offers opportunities for young adults to go on mission trips nationally and internationally. We want all people to experience God’s heart for the world. This blog series is one way to discover more about the what, how, and why of #globalmissions.]

A command for heroes?

The first time I heard the term “Great Commission” was when I connected with Power to Change – Students, during my time at Algonquin College. I was attending a retreat where someone spoke on Matthew 28:18-20, one of the five passages where Jesus sends his disciples into the world with a mission. The speaker issued a clear call to forsake earthly goals in favour of living out Jesus’s last command to his disciples:

Then Jesus came to them and said, “All authority in heaven and on earth has been given to me. Therefore go and make disciples of all nations, baptizing them in the name of the Father and of the Son and of the Holy Spirit, and teaching them to obey everything I have commanded you. And surely I am with you always, to the very end of the age.”

The message was clear—true disciples of Jesus were to embrace his command to go to the nations. The speaker framed it as a heroic call, an invitation to courageous self-sacrifice, one that required putting the needs of the world and obedience to Jesus at the centre of your life.

The powerful words in the text had me captivated: “Go… make… baptizing … teaching …” They were verbs that inflamed my heart with clarity about what I needed to do.

I don’t know if anyone made the connection explicitly, or if it was my own invention, but the Great Commission sounded like a speech from William Wallace, given to an army of fearless soldiers all lined up for battle (Braveheart anyone?).

An invitation for the hesitant

It wasn’t until years later that I reread the Great Commission and noticed anything different. By then, I’d been in Montreal for a dozen years and had witnessed some glorious victories, alongside some painful defeats. I was going through a difficult season in ministry when I came across something new. Lo and behold, the Great Commission had context! Before Matthew 28:18-20, there were verses that described the scene:

Then the eleven disciples went to Galilee, to the mountain where Jesus had told them to go. When they saw him, they worshiped him; but some doubted.

Matthew subtly points out that it wasn’t 12 disciples who received the Great Commission, but 11. The 12th had died by suicide, after selling Jesus out to the religious authorities.

So who is it that receives the Great Commission? A grieving group of friends, a shattered community of Jesus-followers.

But at least they’re committed, right? Actually, Matthew points out that they were a mixed group: worshippers and doubters. Hesitant—that’s how Matthew describes their worship of Jesus.

This hardly sounds like William Wallace; it sounds more like Frodo Baggins from Lord of the Rings. Frodo is entrusted with a dangerous mission by the wizard Gandalf, to throw the one ring into the fires of Mount Doom. How prepared did Frodo feel for his mission?

Frodo: I wish the Ring had never come to me. I wish none of this had happened.

Gandalf: So do all who live to see such times, but that is not for them to decide.

So who is invited into the Great Commission? Not just the strong, but the weak. Not those of ironclad courage, but those who would rather stay and warm themselves by a fire.

My heroic way of understanding the Great Commission wasn’t necessarily wrong, but it was incomplete: it’s for all Christians, whether we worship or we doubt.

It’s God who commands and invites

In more recent years, another part of the Great Commission has come alive for me:

And surely I am with you always, to the very end of the age.

To a group of worshipping-doubters—who have just been given an impossible task—Jesus promises his presence.

And why wouldn’t Jesus be with those who are announcing and enacting the good news about him? After all, they’re participating in his work. They’re simply following him into the things that he is committed to doing in our world.

This promise means the world to me, not just for the comfort of the presence of Jesus, but for the reminder that it’s not just him going with me, but me going with him. The building of the kingdom belongs to Jesus, and he graciously invites me to participate.

Think of it this way: a dad who delights in his children might rake leaves with his kids’ help, but it’s the father who is ultimately committed to seeing the work through to its completion. He’s pleased by his children’s obedience, honoured by their sweat, and filled with joy by their presence. How much more must that be God’s attitude towards us!

Live into both command and invitation

In Matthew’s version, the Great Commission is only three verses, or five, if you include the context. Why should I keep coming back to this short text? Aside from it being an explicit instruction from Jesus to disciples like me, I would argue that the way we understand the Great Commission strongly influences how we follow Jesus.

This influence is most obvious when taken to the extreme. There are some who only read the Great Commission as a challenge from the king to carry out his work to the ends of the earth. Their hearts are beautifully enflamed to obedient action, but they risk forgetting that God is not only a king, but a father who goes with them.

It’s an invitation, as well as a command.

There are others who see the Great Commission as something that’s not for them. They rightly feel the weight of this invitation, and they shrink back from even trying to represent Jesus in the world. But by holding back, they forget that this Great Commission was given to broken people like themselves, whom God is pleased to use.

It’s still a command for all, even if it’s also an invitation.

Whether you feel overwhelmed by it or inspired by it, I hope you hear a gracious invitation from God to take your next step towards living out God’s mission, filled with faith and hope. 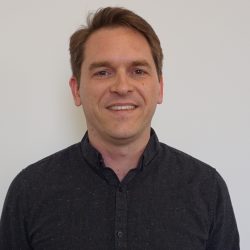 Andy has been on staff with Power to Change since 2003. After 9 years as the Quebec Director for Power to Change – Students, Andy became our National Director last summer. Andy and his wife, Loni, have 4 kids and love being part of the vibrant city of Montreal. He is a passionate volleyball player and coach, is proud of being able to speak both of Canada’s official languages, and loves helping people discover the relevance of faith to all of life!

What is global missions? And why does it matter?

God, what in the world are you doing?

5 ways to get involved in global missions