Hello everyone! Welcome to my fourth post on 1 John. This time we’ll be continuing to take a look into 1 John 2. As always, be sure to read the text beforehand or read along as we go. Whatever I say, the text probably says it better. That being said, let’s get started!

Today we’ll be going through 1 John 2:12-17. There are two parts we’ll be taking a look at: verses 12-14 and 15-17. The second part is quite similar in language and in style to what we’ve seen prior in this letter, and really connects with some of the themes we’ve talked about in our prior posts. But the first section is quite peculiar to what we’ve seen so far. It’s almost like a break from the previous thought he was having.

12 I am writing to you, dear children,

because your sins have been forgiven on account of his name.

because you know him who is from the beginning.

I am writing to you, young men,

because you have overcome the evil one.

because you know the Father.

I write to you, fathers,

because you know him who is from the beginning.

I write to you, young men,

because you are strong,

and the word of God lives in you,

and you have overcome the evil one.

In these couple of verses, John seems to directly address three audiences: the “dear children,” the “fathers,” and the “young men.” Most commentaries I’ve looked up seem to think that John is using them in a spiritual maturity sense, with the children being new believers and fathers being mature believers. What complicates things is that there is an overlap between the characteristics that John describes for each of the groups. He writes to the dear children because “[their] sins have been forgiven on account of his name”; wouldn’t this be true for the fathers and the young men as well?

Another detail that seems to complicate things further is John’s use of the phrase “dear children” in the larger context of the letter. He always refers to the recipients as his “dear children.” Does that mean his letter is only addressed to the “dear children” he mentions in v. 12 and 14? That wouldn’t make sense, because he clearly addresses the other groups in this section as well. Yet another thing that complicates this section even further is that the “children” we read in v. 12 and 14 aren’t even the same word! The one in v. 12 is the Greek word teknion which means child as we know it – a small child. It’s also the one that’s used throughout the letter whenever John writes “dear children” (except in v. 18). The word used in v. 14 instead is paidion. I’m not super familiar with Greek so don’t quote me on this—but according to a couple of google searches, the word seems to refer more to a child in a student-like position.

This is sort of a side note, but another word we often translate into children is teknon (not teknion). This is the word that Paul often uses for “children of God” and it would probably be more accurately translated as “offspring.” I write a bit about it on my personal blog, but it’s interesting the different types of connotations it would have, if our Bibles translated the phrase “children of God” as “offspring of God” instead.

Looking into the actual content of this section, John addresses each of the groups twice. What seems to be interesting is that John seems to repeat the “reason for writing” for each of the groups, except for the dear children. For the fathers, John writes “I write to you, fathers, because you know him who is from the beginning” (v. 13, 14), while for the young men, he writes “I am writing to you, young men, because you have overcome the evil one” (v. 13, 14). It is important to note that while there are additional lines for the young men in v. 14, the larger idea seems to be the same—that they “have overcome the evil one.”

The dear children that he addresses seems to instead portray two different ideas. The first one in v. 12 says that he is writing to them “because [their] sins have been forgiven on account of his name,” while the v. 14 one says that it is “because [they] know the Father.” I wonder if this is intentional and John is actually doing it to connect these two ideas, saying that they’re one and the same. It would follow after the pattern of the two other addressed groups with their repeated “reason for writing.” Maybe what John is trying to say is that “knowing the Father” equates to “having your sins forgiven on account of his name.” It would make sense as well, as in the gospel of John, this is what Jesus has to say:

We must do the will of God

To end off this post, we’re going to take a quick look at 1 John 2:15-17. Again, this is a direct follow up with what we’ve seen before. It’s the claim, but, correction format. The claim is a bit more implicit as it’s not directly stated, but the but and therefore statements are very clear.

Of course, quick disclaimer: John is not saying we have to hate everything in the world—he clarifies this in v. 16 where he refers to “the lust of the flesh, the lust of the eyes, and the pride of life.” He’s referring specifically to things that “do not come from the Father” (v. 16). That aside, what is the bigger focus of these couple of verses? Take a look at v. 17: “The world and its desires pass away, but whoever does the will of God lives forever.” If we read this and our conclusion is to start hating everything in the world, we’ve missed the point.

It’s a call not to fall into sin, and v. 16 clarifies that. But the larger focus rests on that final verse: “The world and its desires pass away, but whoever does the will of God lives forever.” (v. 17). It’s not simply enough to not let ourselves fall into sin, but we must go even further, we must do the will of God. It is the people who do the will of God that will live forever. This is a callback to the themes we established early on. Throughout this entire letter, John stresses the importance of a faith that is accompanied by obedience (and love), or as he says here, “doing the will of God.”

As we finish this post off, let us ask ourselves, what does doing the will of God look like for me right now?

Maybe it’s getting back into your daily devotions. Maybe it’s trying to establish a daily routine of prayer. Maybe it’s reaching out to a brother or sister you haven’t seen in a couple of weeks (or months.) Maybe it’s even trying to get back on schedule for the P2C-Students blog series that you’d said you’d write. Maybe it’s all of the above. Or maybe you don’t even know yet.

Whatever it is, let’s do it with the mindset that John has in that final verse—that the worldly things and desires that we love so much, good or bad, only last for a time. But, this work of God that we do? It lasts forever. 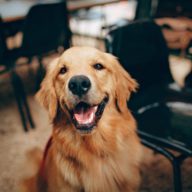 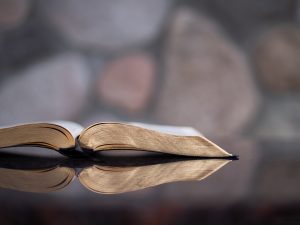 Jesus on every page: Reading the biblical narrative in Five Acts