[Editor’s note: God made us relational beings, to live interconnected lives. But we don’t always do that well. We want to explore how our faith shapes the way we love the people God gives us. Join us as we consider what Jesus has to say about #relationships.

Trigger warning: This article contains content and stories of abuse.]

A few years ago, I found myself in an abusive dating relationship with a man who claims to be a Christian. He was charming, kind, and expressive in his love for Jesus. But he hurt me deeply.

I went all through high school without a relationship, while feeling like everyone around me had numerous romances. I questioned when my turn would come, speculated why I wasn’t good enough, and wondered if God had forgotten about me.

I was in my final year of undergraduate studies when I joined a Christian student ministry on Thursday nights. It was there where I met this man who immediately stood out to me. He was one of the ministry’s leaders, and hearing him talk about the gospel captured my attention. We began conversing and I quickly grew to adore him. I thought that it would be safe to trust him because he was in this leadership role, admired by others, and a Christian! Nothing could go wrong, right?

It was only a few weeks after being introduced that we entered a dating relationship. Initially every day with him was like a dream, but only a few more weeks passed before he started to show signs of unhealthy patterns.

What began as comparisons of me with other women turned into hours of lecturing and hurls of insults and swearing. He touched me in places I verbally voiced I was not comfortable with, but he continued to touch me anyways. Which led to other disrespectful actions that led to even more contempt, until one night, he had his hands around my throat to choke me.

Yet, I struggled to accept that the man I had fallen for had become the person who has hurt me like no other. It’s hard to explain how his manipulation and lies painted in my head a distorted image of what was happening in this relationship. I kept believing, Surely, I must be doing something wrong or thinking incorrectly. I started to feel ashamed for having been in this confusing relationship.

So, as I endured his verbal, emotional, sexual, physical, and financial abuse—without even knowing it!—I grew in bitterness and confusion towards my situation and my faith in God. As he twisted God’s Word and regularly reminded me that I was not chosen, God’s child, nor part of the elect, I believed that God had abandoned me.

Fast forward a few years. I’ve escaped that relationship and I’m trying to understand all that has happened. Not only was the relationship itself hard, but it’s also been hard to know to whom I should entrust my story. But I know I’m not the only Christian who’s been fearful of sharing an experience of abuse. Some things that tend to hold us back include:

As I’ve thought about these things, I decided to write a book about my experience in an abusive relationship with someone who called himself a “Christian.” My heart breaks to know that other victims are afraid to share their stories, especially in church settings. I’m telling my story because I want to open the door for more conversations, even if they are difficult. I believe that it is by God’s grace that he gave me the strength and courage to push through this project, though there were times I was tempted to scrap it all. My book But He Said He is a Christian is now available on Amazon.

Towards the end of the project, I opened an Instagram account (@rebecca.k.tan) with the simple hope of sharing the writing process of my book, but it’s done much more than that. I expected to share my journey with close friends and family, but Christians I’ve never met started privately messaging me to share about how they, or someone they know, have been in a similar situation. Suddenly I’ve become all-too-aware of how prevalent abuse is within our churches.

In the first 10 weeks of running this Instagram account, I received at least 30 stories of abuse from a “Christian.” I worry: how many more are being abused silently?

Fellow Christians, we need to do better. We need to be more sensitive to the relationships of those among us and to be willing to have these difficult conversations when something doesn’t seem quite right. Or when someone shares their story of abuse, we need to listen to hear them, not to judge them. And to simply acknowledge someone’s courage to speak up is powerful, because it’s often so hard to accept our abusive reality. If you are experiencing abuse, please know that you are not alone! There are more of us out there than you think.

How else can we help both the abuser and the victim come to know the redemption, forgiveness, love, and freedom there is in our Lord and Saviour Jesus Christ? May we start by listening well and asking good questions.

To hear more of Rebecca’s story, pick up a copy of her recent book But He Said He is a Christian from Amazon. 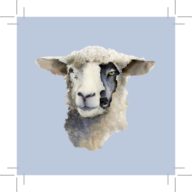 Rebecca is the author of But He Said He is a Christian, a story of her experience of having been in an abusive relationship with a man who claimed to be a Christian. She is passionate about raising awareness of abuse in the Church and bringing up conversations of how to love victims and abusers better. 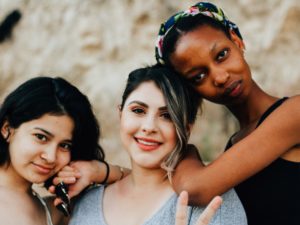 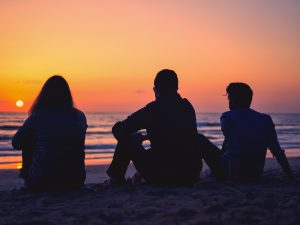 Why do we need to guard our hearts in friendships? 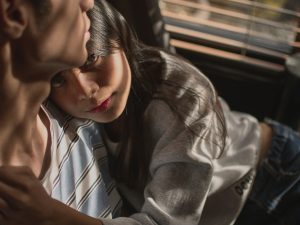 Recognizing and recovering from emotional abuse