Who am I really? From Syria to Lebanon to Canada

I walked up to the speaker after his talk, as the guests milled about their seats, the room buzzing with noise. My voice shook as I called out, “Hi, I’m Pauline. I’m half-Syrian, half-Armenian. I was blessed by what you said, thank you.” As I reflected on this short conversation a year later, I felt embarrassed. Why would I introduce myself like that? Was it that important to share? I wished I had asked him another question related to his talk, rather than share where I was from.

Sharing my identity freely with others became something normal to me, because I’ve moved a lot from place to place. It became the foundation for how others viewed me––and even how I viewed myself. I was born in Saudi Arabia, then moved to Syria at the age of four. I lived in Syria for nine years. It became home. I held a Syrian passport. I sang the Syrian national anthem for nine years every morning in school before classes started. I had the Syrian accent of the people who lived in “al-Sham,” which is another name for Damascus. I belonged there. Yet, I was half-Armenian. I spoke Armenian with my mom, grandma, and sometimes with my siblings. Armenia was a culture rooted in me more than a language. Both Armenia and Syria intertwined to form my early-childhood identity.

Growing up in a Christian family also formed who I have become. I stood out as a religious minority in the Middle East. I was a “Christian Syrian-Armenian, born in Saudi Arabia, living in Syria.” These four words made me Pauline. Behind each element of my identity lay a belief, a language, knowledge, and experience. It was impossible to ignore any of these elements.

In 2013, I moved to Lebanon in the midst of the Syrian war. My family thought we would stay in Lebanon for three days, and ended up staying for almost three years. Tragically we’ve never been able to return to Damascus. So I became a “Christian Syrian-Armenian, born in Saudi Arabia, living in Lebanon.” Wait, I missed something. A new word was added to my identity. A word that was understood and accepted differently. Can you guess the word? The word that shook my entity.

The word was refugee.

The word refugee abolished all my other identities. It became the first and most important thing about me. It seemed to be the only identity people noticed and remembered.

Yet I was also wrestling with how I viewed myself. Who was I really? Was I only a “refugee, Christian Syrian-Armenian, born in Saudi Arabia, who fled to Lebanon”? At that time, I was between the age of 14-16, and I was trying to figure out who I was and where I belonged. I often felt trapped in the middle of several worlds, and none felt like “me” fully. Living in Lebanon as a Syrian refugee was also really hard.

Then, after being sponsored by a group of Presbyterian churches, my family immigrated to Canada on December 31, 2015. Another word was added to who I am, a “refugee, Christian Syrian-Armenian, born in Saudi Arabia, who fled to Lebanon, and is now in Canada.”

It sounds like a lot. Sometimes it’s hard for me to hold all of those aspects of myself in balance.

Throughout my life, I have often met people who respected my identity and where I was from. They respected me as being a newcomer. But their ignorance, though unintentional, was still hurtful.

For instance, I could tell when someone looked at me with pity. I felt as small as an ant, seen yet unseen. Scared that people would step on me.  But it is dangerous to create ideas in our heads subconsciously, because then we are stuck only viewing them one way. In my case, some people had specific stereotypes of a refugee in their head and they applied them to me, even if it was false. Their ignorance and how they treated me underestimated not only my value, but also the image and reality of real refugees.

The importance of my identity made me carry it everywhere I went. It became more important than my name. But today, I want people to see me without preconceived filters.

To know me as Pauline, is to know me with curly hair, dimples, and someone smiling even when they’re asleep. I am hesitant most of the time, maybe you can say a professional overthinker? Always in a rush, carrying a cup of tea in one hand and my computer in the other. You can think of me as the perfectionist Pauline who asks tons of questions and cares about the smallest details in her work (which kills me sometimes).

Or rather as Pauline who puts herself in embarrassing situations, where you find her laughing very loudly which makes the situation even more embarrassing. You can also see the serious Pauline, the dedicated journalism student, philosophy-nerd, and someone who loves Christian apologetics.

There’s so much more to me than just where I was born or where I have lived. Yet, if they do see my full identity––a refugee, Christian Syrian-Armenian, born in Saudi Arabia, who fled to Lebanon and is now in Canada––I want them to see it as a sign of strength and uniqueness. I love carrying all of these identities—although they have brought me pain, they have also resulted in resilience. Even the word refugee has shaped me in profound ways.

I’m slowly learning to welcome my story: the war I lived through, and the transformation, loss, and the new identities I’ve formed with strength, pride, and victory. First and foremost I belong to the one who brought me into existence first, before the world created the names of the borders and labels that I carry. Through it all, God has established an awareness of who I am in Christ––the foundation of my identity that I will continue to carry as my true and eternal citizenship, no matter where I continue to end up in this world. 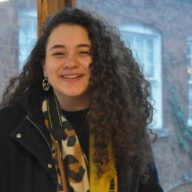 Pauline is a journalism student, minoring in philosophy, at Ryerson University. She has earned a certificate in Christian Apologetics at Biola University in summer 2020. Pauline is eager to build a correct Christian mindset to fearlessly ask and answer questions. You can check her blog at paulinenasri.com.

Engaging with others through hard times 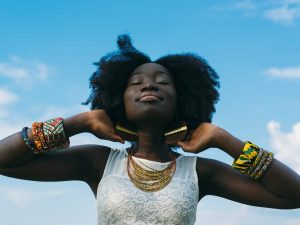 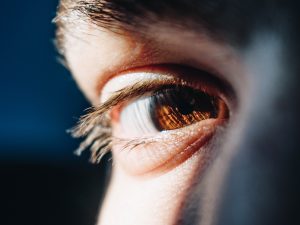