Why would 385 university graduates go to some of the hardest missions on earth?

Aug 21, 2014
The Blog
#Topics: evangelism, global missions
On this page

As the worship band played, I stood at the back of the room in awe of what God had done and anticipating what He was about to do.

It was the end of our Short-term International Intern (Stint) Briefing, a week in Chicago dedicated to preparing the 385 Stinters (one year international interns from across North America) for their year of overseas missions. In this final session, these newly minted missionaries were officially prayed over and commissioned to go to all the world with the good news of the gospel.

As we worshipped, I reflected on what had brought them to this point. I had heard many stories through the week of how God had clearly called each one to give a year of their life to full-time missions.

How they were called to go

There were stinters like TJ who, in college, had found himself in a dorm full of South Asians. Those South Asian students became his best friends and slowly he began to notice that not a single one of them knew Jesus. By searching online statistics about the region, he discovered that there are over 2000 unreached people groups in South Asia and he began to feel God tugging on his heart to go.

Then there were stinters like James, who simply wanted to get a normal job after graduation, but at the prodding of a friend, made a deal to at least pray about it. After some prayer, and an unplanned afternoon nap (university is exhausting), both friends awoke and knew that God was calling them to spend a year overseas together.

Some had known they wanted to be involved in missions for years, while others only decided at graduation, a mere 3 months ago! Story after story declared the diverse ways that God grabbed hearts and changed lives.

To the hardest places on earth

What impressed me most about these men and women was their courage to go to the difficult places. Over three quarters of these courageous Stinters are going to places where most of the population has never heard the name of Jesus. They are going to countries that can not be named in public, because of hostility towards Christian missionaries.

Because Jesus is worth the cost

Why are they so willing?

Often it is hearing of how God has faithfully worked in the past that grabs hearts for God’s mission.

Stories of students coming to faith, going to their villages and declaring the gospel to entire groups of least-reached peoples.

Stories of three men in France, one of the most secular nations on earth, who made decisions to follow Jesus last year.

Stories of students in the Middle East who heard the gospel and are now committing their lives to go to even more difficult places. These stories and others like them compel us to trust Christ and go. Whatever we can give for Jesus is worth the cost.

And so, on this last night of the conference, the atmosphere was electric. These men and women, filled with the love of Christ, moved by the Holy Spirit to go, were laying down everything in surrender and trusting God to use them this year to transform nations.

And transform nations He will!

“After this I looked, and there before me was a great multitude that no one could count, from every nation, tribe, people and language, standing before the throne and before the Lamb.” (Revelation 7:9a) 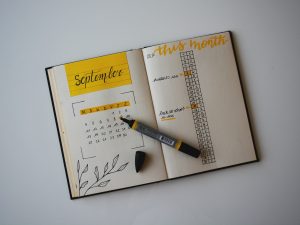 Life after university is hard: Three ideas to refresh your faith 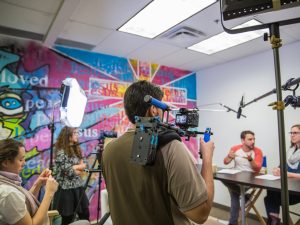 How to maximize your creative skills this summer