Your work should speak for itself

Has anyone ever challenged you? Your authority, your ideas, or your abilities? It’s hard to take, and very easy to quickly become defensive.

I think that deep down we’d all like to say we welcome healthy criticism. As we should. But sometimes, while the criticism itself should be welcome, you still need to stick to your guns. In other words, there is a time to change and a time to stay the same. But how do you know when those times are?

In 2 Corinthians, Paul is frustrated that his authenticity is being challenged by the church he planted there. Again and again he points out that he only ever acted honourably among them, and that the fruits of his authentic work are obvious. He argues, “… it is not the one who commends himself who is approved, but the one whom the Lord commends” (2 Cor. 10:17, citing Jer. 9:24). Notice that he is not pointing to his accomplishments or spiritual resume, his worldly wisdom or strength. Instead, Paul understood that “the tree is shown by its fruit” – the authenticity and power of the work someone does, especially in ministry work, is evidenced by itself and the results. God validates those who operate by truth for the sake of truth.

Someone’s religious background, ethnicity, or previous accomplishments aren’t what makes them authentic. It is the suffering they have gone through, the honour and selflessness they have shown in their work, and the genuine, lasting results that demonstrate God’s authentic work through them.

By contrast, the men who appeared to be undermining the apostle Paul boasted in themselves. They claimed they were real Hebrews and had the real message of Christ, but their gospel was a false one (11:4-6). They were piggybacking off of the apostle Paul’s work, coming to churches that he had planted and trying to, in a sense, steal away the converts to their false form of Christianity. They were weasels, agents of Satan wearing the mask of righteous authenticity (11:14-15). It sounds like they were good, eloquent speakers and may have even been called by the Corinthians “super-apostles”, but their work was clearly false because they were not in line with the true gospel.

We aren’t given the full picture of what their intentions were, but the preaching of a different gospel (and therefore a gospel that does not save) is serious enough. Truth is a matter of eternal destiny. Truth is also the measure of each one of us and our authenticity.

Where are your scars?

On the other hand, the apostle Paul reminds the Corinthians that he was never doing things for money or personal gain; nor did he ever appeal to his own strengths or abilities to convince them to join his cause. He was simply preaching the gospel to them so that he could continue to preach the gospel through them and beyond them to new groups of people (11:15-16). He was consistent in his words and actions and was happy to be used if only for the benefit of the Corinthians (12:14-18). The gospel was his motivation and his goal, and it showed in his authenticity and in the effectiveness of his work.

This raw, beautiful picture is one of selfless, sacrificial, and truly loving gospel-centered ministry. While we might not all go through the brutal betrayal or persecutions that Paul had to deal with, we are still called to fight hard and with veracity. At some point we will all have to face criticism — or potentially much worse — and that will be the time to stick to our guns. There is no other option when biblical truth is challenged. So ask yourself: On your campus or in your church, in your day to day life – are you fighting? Are you going through the conflict necessary? Are you standing up for truth where you ought?

I once heard a sermon end with a hypothetical situation before God in Heaven. Imagine he asked you: “Where are your scars?”

Let that sink in.

If you’re really fighting, surely you are going to be hurt. We aren’t promised the invincibility cheat in this life – only the immortal one, and only after we die once. If you’re fighting, you’ll have scars, and scars mean that you’re doing something right. The enemy wouldn’t be attacking you otherwise.

So if you have some scars, praise God for them. Pray for healing, pray for strength to keep moving. And if you don’t have any yet, strap yourself in and get yourself psyched. The battle is waiting. Be proud of your scars, and stick to your guns. 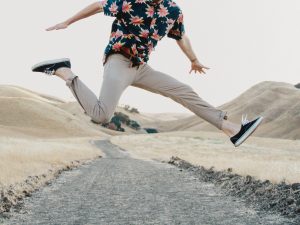 God wants you to be stoked for life 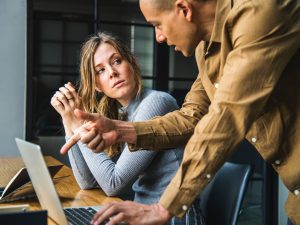 How to keep your pride in check when pursuing truth 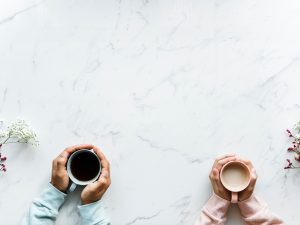