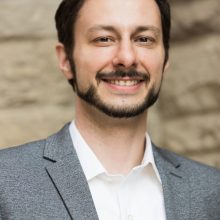 Peter was born and raised in Toronto, Canada. He has had the pleasure of studying, working and travelling in several different parts of the world and now lives in Guelph, Ontario. While living outside of Canada he worked as an Adjunct Professor of Philosophy at universities in California and as a Full-time Lecturer at post-secondary institutions in South Korea. During his time in Korea he started a Facebook page that eventually became known as Mars Summit. As part of his ministry he regularly speaks on campuses in Canada and other parts of the world including Korea, Indonesia and Brazil. His academic interests are quite varied and interdisciplinary; they include philosophy of religion, world religions, biblical studies, and history.  In his free time he enjoys debating online, movies, travelling, hiking, and exploring the world.

M.A. History and Philosophy of Science and Technology, 2010 (University of Toronto)

M.A. Philosophy of Religion and Ethics, 2005 (Talbot School of Theology)

The Purpose of It All – If God does not exist, there is no purpose or meaning to life but since God does exist, our lives are imbued with meaning and significance.

Only One Way – All the religions of the world cannot be true because they contradict each other in their core beliefs; Jesus is the only way to be saved.

God, Worship and the Meaning of it All – This talk combines the best of the above three (“Purpose of It All”, “Worshipping God Above All” and “Only One Way”).

Apologetics and Evangelism – Apologetics is not about apologizing, it’s about helping people come closer to Christ in a loving manner as per 1 Peter 3:15.

Evil and the Existence of God – Evil actually shows that God exists and there are some good reasons as to why God would allow it to exist.

Moral Argument for the Existence of God – People regularly treat moral claims as objectively true but this only makes sense if God exists.

History of Science and Christianity – Historians agree that “conflict” is not the right way to characterize the historical relationship between Christianity and science.

“Atheist” and Christian “Debate” – In this debate I pretend to be an atheist and give several reasons for atheism; I then switch roles and provide responses to my atheist alter ego.

Worth Dying For – Following Jesus involves being willing to suffer for him; this is what Christians throughout the world and throughout history have done.

Fruitful Conversations Using Apologetics – Using apologetics in evangelism requires learning how to enjoy conversations and respecting other people, while also sharing the truth with them.

Morality in a Secular Society – A debate held at the University of Toronto between myself and Mikhail Ivanov, president of the UofT Secular Alliance (UTSA) president.