Resting in His Embrace: Reflection and Prayer Guide

Find a quiet place, put your earphones in, and pull out a pen and paper. Ensure you won’t be interrupted or distracted for the next few moments.

Take a few deep breaths before beginning, and allow your body to be at ease. Recognize that the Lord is with you. Give thanks that he is near.

As we continue to press into social distancing in response to COVID-19, many familiar forms of distraction and self-justification are stripped from us. We can’t go out with friends. Our homes may begin to feel more like a prison, and our capacity to work may be taken from us. This leaves us feeling exposed, our identity bared before the Lord. We may come to him desperately vulnerable or perhaps becoming frantic to invent some new way of buffering intimacy with him.

Hear the Lord’s invitation to rest in his embrace, without shame. To be comforted by his willingness to be your loving Father. Will you come as his child and allow him to speak his love over you?

Pause and listen to this invitation as sung by One Hope Project.

Read the following passage slowly. Let the words wash over you as you lean in to hear Jesus speak. If appropriate, read it out loud, or have someone read it to you.

And Jesus said, “There was a man who had two sons. And the younger of them said to his father, ‘Father, give me the share of property that is coming to me.’ And he divided his property between them. Not many days later, the younger son gathered all he had and took a journey into a far country, and there he squandered his property in reckless living. And when he had spent everything, a severe famine arose in that country, and he began to be in need. So he went and hired himself out to one of the citizens of that country, who sent him into his fields to feed pigs. And he was longing to be fed with the pods that the pigs ate, and no one gave him anything.

“Now his older son was in the field, and as he came and drew near to the house, he heard music and dancing. And he called one of the servants and asked what these things meant. And he said to him, ‘Your brother has come, and your father has killed the fattened calf, because he has received him back safe and sound.’ But he was angry and refused to go in. His father came out and entreated him, but he answered his father, ‘Look, these many years I have served you, and I never disobeyed your command, yet you never gave me a young goat, that I might celebrate with my friends. But when this son of yours came, who has devoured your property with prostitutes, you killed the fattened calf for him!’  And he said to him, ‘Son, you are always with me, and all that is mine is yours. It was fitting to celebrate and be glad, for this your brother was dead, and is alive; he was lost, and is found.’”

Sit with the passage for a moment before moving on. Allow the Holy Spirit to draw your attention to words or phrases.

Here are a few reflection questions to ask yourself slowly. Don’t rush to the next question before truly pondering the first. Take the time to think on each question and perhaps even slow down enough to write the answers in a journal.

Read the passage through one more time.

Pay attention to how it lands on you this time. Has something changed? Was something reinforced?

Listen to the song again, and like a little child, humbly rest in his embrace.

Written by the Spiritual Care and Development Team. 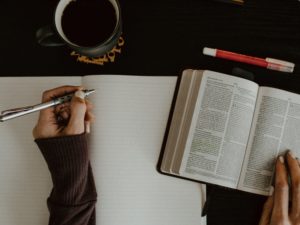 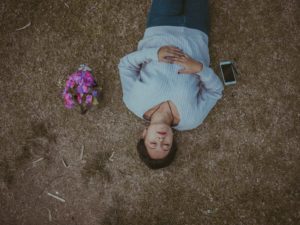 Be Still, My Soul: Reflection and Prayer Guide 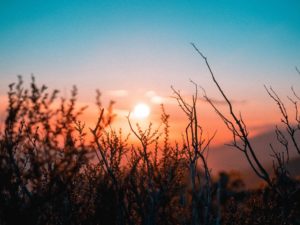 In the Night: Reflection and Prayer Guide 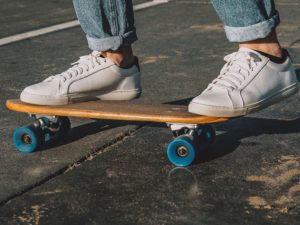