3 truths to remember after a breakup

University is a season when a lot of us go on the hunt for that special someone. Don’t try to deny it—you’ve got your eyes peeled. Some people seem to find that someone and navigate their relationship effortlessly through to marriage. The rest of us are not quite as fortunate—and if you’ve experienced a dating relationship, it’s likely you’ve also experienced a breakup.

So here you are, living in the fallout and aftermath. You’ve been broken up with, or maybe you did the breaking yourself. Either way, your hopes for that relationship are crushed. You may be surrounded by people happily dating, getting engaged, and getting married – which can just add to the bitterness you feel, making you wonder why everybody’s relationships are working out except for yours.

I know, friend. It’s not easy. Here are a few things I am learning from my post-breakup recovery.

1. Leaning into the discomfort is better than trying to avoid it.

Yep, don’t try to suppress or numb your feelings. You don’t have to pretend to be okay. When has that ever worked? As for right now, the only way out is through. Feeling the pain is an important step to healing. Not only is it a great chance to reflect on what went wrong in the relationship, but it’s also the biggest way to depend on God and trust him to work in you.

After my breakup, I felt helpless. I had done what I believed was everything in my power to make the relationship work, yet it still fell apart. I had many days where I got headaches from constant crying. My broken heart felt like a physical weight on my chest. For me, leaning into the discomfort meant not trying to fight feeling helpless and lost for a while. I had to fight off the urge to pretend that everything was okay.

The last thing I wanted to hear was that God would use this experience to sanctify me. The pain of my loss was so all-consuming that it seemed impossible to think I would ever be able to feel something else. It was even harder to imagine that I might one day be thankful for what I was going through.

As I reflected and prayed, I realized that the failure of the relationship was not a reflection of who I was. It also didn’t have to be a prediction of any future relationships I might have. Most of all, I was reminded that my control-freak heart actually lies in the hands of a God who allows everything in his perfect timing – and who loves me with a love that will never fail. Though I may have tried to hold on to the relationship, God in his perfect wisdom had a different plan for me.

God was working, as Paul promised he would – through any hardship, God transforms us “from one degree of glory to another” (2 Corinthians 3:18 ESV). On days when I felt overcome with sadness, I was able to call out to God for help and to receive peace from him. In those difficult moments, he brought me closer to him and sometimes showed me something new. Prayer became an anchor, and my prayer life was strengthened.

2. Healing only comes from the presence of Jesus.

When going through a breakup, you’re likely to hear a variety of statements from well-meaning friends attempting to help you feel better:

“I didn’t like them anyways.” (Doesn’t matter—you liked them perfectly well.)

This last one may or may not be true, but it certainly is romantic, isn’t it? I have often put hope in this idea – that though I may be sad right now about my failed relationship, I might someday end up in a lifelong relationship that doesn’t fall apart.

However, this notion can be destructive if I don’t keep sight of what I already have in Jesus. He loves me so much that he willingly experienced a far greater pain than mine, and died knowing that I would need him to come alongside me in a time like this. It’s a truth I clung to after my breakup.

When we go through emotional pain, we can know with certainty that our pain is known and understood by God. We can also be sure that he is with us and comforts us in our affliction, as Paul writes in 2 Corinthians. If God so badly wants to be with us, why do anything when we’re in pain but run to him? When you spend time intentionally pursuing him in prayer and in reading his word, you will heal.

I know that it may be hard at first. Immediately following my breakup, all I wanted was to indulge my hurt feelings through excessive amounts of gummy candy, trash-talking my ex, and even fantasizing about yelling at him in a café and storming out, having had the last word. Yeah, seriously.

Soon it became clear that these things only fueled my bitterness and kept me from fully experiencing the healing that was waiting for me in Christ. Once I started asking God to change my perspective and heal my shattered heart, he replaced my bitterness with calmness, acceptance, and a willingness to move on – and my outward behaviours began to reflect that change.

I didn’t heal by taking part in destructive, temporary fixes. But I did heal when I let God into my pain and allowed him to transform it.

3. You don’t have to go through this alone.

It’s easy to feel very alone after a breakup, especially since you’re likely no longer speaking with the person you were once closest to. Don’t forget that you have a support network beyond this broken relationship! Instead of sitting around and being sad, it’s important to make an effort to reach out to those who love you for conversation, support, and laughter.

Remember that God didn’t create you to live alone, but in community – and he wants you to be supported when you struggle. We see this truth illustrated in Exodus 17, when the nation of Israel enters into battle with the Amalekites. Moses, Israel’s leader, finds that the Israelites prevail only when his hands are raised. But he grows weary, so his friends place a stone for him to sit on and then stand on either side of him, holding his hands up.

Seek out those closest to you who can stick by you and support you in your heartbreak, helping you stand when you can’t do it on your own. Also, get out and do something fun with the people you love! The mall trips, meals, and movies shared with friends in the wake of my breakup brought a lightness and joy to my heart that helped me make it through the hard days.

Being with friends won’t make the pain of a breakup go away entirely, and sometimes you really will need time just to yourself. But getting out and staying active will give you the chance to feel things other than sadness; better yet, it will remind you that you aren’t alone.

I will leave you with this: your breakup hasn’t changed your value or status before God. It’s possible to live in heartbreak while still knowing God’s love, because His love will never fail. Remember that fact when things get hard. 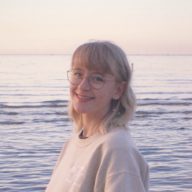 In addition to spending 5 years with the campus chapter of Power to Change, Julia studied literature, writing, and media at the University of Toronto. She’s passionate about missions, discipleship, the intersection of the gospel with arts and culture, and whatever new movie Timothée Chalamet is starring in. She now works with the Missions Hub in downtown Toronto. Learn more about the Hub at missionshub.ca. 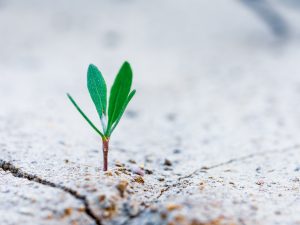 How the Holy Spirit can ignite your ordinary life 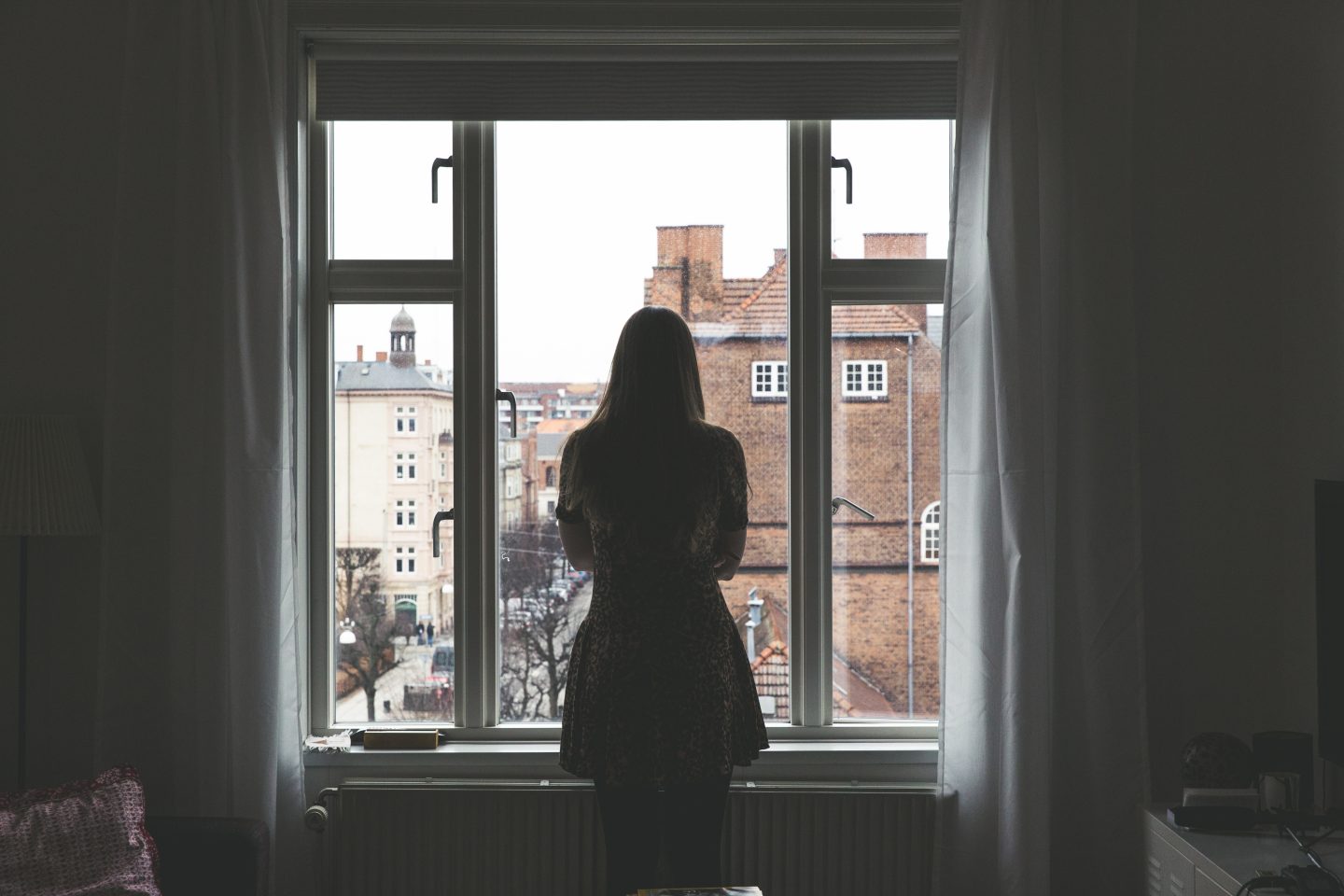 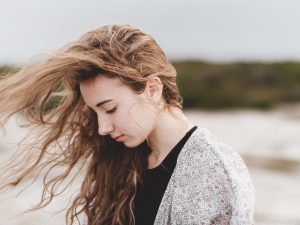 Dear first year me, your heart will be broken in university 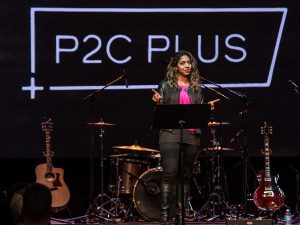 Honour, dignity, and the opposite sex