Be honest: Do you struggle to say yes to Jesus?

“What is your mission?”

If you asked me this question during university, I would have given you the answer I think you’d want to hear: my mission is to know Jesus and make him known, and we would have both walked away with our boxes checked and smiles on our faces.

The problem wasn’t that I didn’t believe that this was my mission; I did. The problem was that this mission—Jesus’ mission—was at war with other missions I was hoping to accomplish with my life.

Defining my glorious future to conquer the world

These other missions would have read something like: my goal in life is to become someone people look up to, to make as much money as I can (of which I would give some away, of course), and to have an enjoyable life. This vision of the future had been planted when I was very young and was watered by friends, movies and hours of dreaming and planning on my own.

So when it came down to it, I knew the correct answer, but I had a very hard time fully and truly saying yes to Jesus’ mission because it was at odds with my personal mission to conquer the world. And I think I’m not the only one who experiences dissonance between what I should say (the Sunday school answer) and what I secretly am working towards (the real answer). I think each of us has a deep struggle to actually say yes to Jesus, especially when it infringes on the other missions we’re pursuing.

Systems check. How do I make Jesus’ mission my real mission?

With this in mind, how do we actually make Jesus’ mission our mission? I have two thoughts:

First, identify the story you are trying to tell with your life.

To be honest with you, when I was in university I don’t know that I could have clearly identified the actual things I was trying to chase down with my life. So many of them were just assumed.

By identifying them, I began to recognize that there were areas in my life that made it especially hard for me to make Jesus’ mission my own.

For example, I battled with sexual purity, which was linked to my vision of an enjoyable life. I also struggled to reach out or become friends with those who I didn’t like or who would make me look bad, which was connected to my wanting to be someone that people thought was cool, someone who doesn’t get rejected.

I think we’re all faced with choices every day, big and small, which ultimately show to whom is our primary allegiance and which mission, or which goal, we’re running towards.

Pay close attention to these areas. These are areas over which God wants to be Lord (master, ruler). And when we shut him out, we shrink his kingdom in our life and our ability to engage in his mission.

Second, allow the gospel story to eclipse your story, especially where you don’t want it to.

Theologian William Cavanaugh writes of the importance of having our hearts and imaginations “conscripted” into God’s story. [1] The more we know the beauty of King Jesus laying down his status, his claim to all the riches in the world, and the comforts of the Triune God, for people who would reject and ultimately kill him, the easier it becomes for us to follow him.

When the dramatic truth of King Jesus eclipses my plans I’m much less likely to see him as a cosmic killjoy. I see him as someone who’s only calling me to give up something much smaller than he gave up for me.

In the end, we need to give up our hopes for his: to let go of our own mini-missions for his Grand Mission. We need to come to the realization that what for which we are longing isn’t the ultimate good.

Canadian author Ian Weir expresses our mangled desires in this thought: “I wanted something lovelier and worse. But here I was, stuck with it and settling for the best.” [2]

I believe this is the same realization to which we need to come as Christians. We want our stories to come true—all our lovely dreams of love, status, money—but in the end these dreams are only fool’s gold, “worse” as Weir says. When we let go of our small dreams, Jesus’ mission can become our own and we can see ourselves and others conscripted into a true story of ultimate importance, hope and satisfaction.

John first got involved with P2C-Students as a student at the University of Alberta. John loves to be active and in his spare time enjoys playing hockey and soccer. He lives in downtown Vancouver with his wife and three kids. 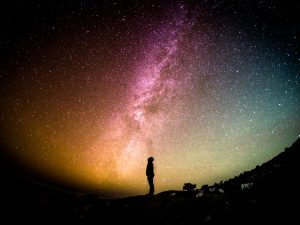 How the Holy Spirit can ignite your ordinary life

18 years later, prayer is still the catalyst for change 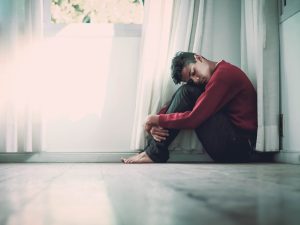 Does my anxiety excuse me from doing God’s work?