A handful of years ago, I worked as a delivery driver for an organic, non-pasteurized, cold-press juice company in Toronto. I would spend the summer mornings and early afternoons hopping from cafe to yoga studio to health food store. I provided overpriced fruit and vegetable goodness to the masses who were willing to shell out $15 for a bottle of liquified carrots, celery, and apples. It was a good gig, and I drank enough cold-pressed juice that summer to make a vegan-hipster-yoga instructor blush. But it wasn’t just the juice that was a perk of the job, it was the coffee. I would deliver to some of the highest quality artisan and hipster cafes in downtown Toronto. I would show up, unload that day’s juice into a mini fridge or a display behind the counter, and pray that I would hear those magic words from the barista: “hey, juice guy, you want a drink?”

One particular day, when I had just dropped off a crate of charcoal lemonade, green, carrot, and beet juices, and was waiting for the benevolent barista’s brew, I happened to look up at a chalkboard that had the words, “How we live is more important than what we believe,” scrawled in an artistic font above the drink menu. I couldn’t help but think that such a well intentioned saying might sound nice, but I was left wondering how that would actually work in practicality.

The notion written in chalk in that coffee shop is not new, or relegated to aromatic coffee houses. It’s a relatively popular idea. In fact, the United Church of Canada minister, Gretta Vosper, who has made international headlines for declaring herself an “atheist pastor,” while insisting on remaining within her denomination, wrote a book on the subject. The aptly titled With or Without God: why the way we live is more important than what we believe.

I have recently been reading this book, as I’m scheduled to interact with Gretta at an upcoming interfaith dialogue event. Yet, while I flipped through the pages of her book, the thought that crossed my mind, all those years ago in that coffee shop, couldn’t help but resurface: such a concept doesn’t make sense under Christianity or atheism.

The irony of it all is this: saying ‘the way we act holds more weight than what we believe’ implies that there is a way we should be living. However, that’s an objective statement. If an objective standard of how we ought to live doesn’t exist, then that should isn’t truly grounded in anything. When should is invoked in that statement, it assumes responsibility. But that is exactly what many atheist experts say isn’t true. Professor of philosophy at Florida State University, Michael Ruse, in his article for “The Guardian,” God is Dead. Long Live Morality, puts it this way:

“Morality is just a matter of emotions, like liking ice cream and sex and hating toothaches and marking students’ papers. But it is, and has to be, a funny kind of emotion. It has to pretend that it is not that at all! If we thought that morality was no more than liking or not liking spinach, then pretty quickly it would break down… So morality has to come across as something that is more than emotion. It has to appear to be objective, even though really it is subjective.”

“You have your way. I have my way. As for the right way, the correct way, the only way, it does not exist.”

We’re just bags of meat and molecules, according to the atheistic worldview; We are just products of time plus matter, plus chance, who exist to propagate our selfish DNA. To whom are we morally obligated to live well? Other bags of meat and molecules? It seems rather arbitrary, at the end of it all. When you take God out of the picture, it’s like your barista taking the coffee beans out of the brewing process. You’re just left with a sad, clear, vapid, cup of caffeine-less emptiness. You literally have no grounds to hold it all together. Morality becomes preference and opinion. There is no should. There might be an ought, but even when you feel convicted that you ought to do or not do something, that very thing might not hold any moral sway with the person next to you. For example, apologist Ravi Zacharias often says, “In some cultures, they hold the value of ‘love thy neighbour,’ in others they value ‘eat thy neighbour.’ What do you prefer?”

Jesus, however, had a lot to say on why what you believe is the most important aspect of it all (John 8:24;14:1,6,11). And, that what you believe informs and gives you a driven reason to live right (James 2:17-19). We do good in our lives, because we have been accepted and therefore, have been given the reason to do good. The Christian worldview says, “you are accepted, therefore do,” rather than “do so you can be accepted.” You have intrinsic value because you are human; you don’t earn that value extrinsically by doing or not doing something. Additionally, the professing Christian has an objective groundwork and standard in which to determine what it means for a life to be lived in a “good” way.

To be clear, what I am not saying is that people who do not believe in God cannot do good things and lead good lives. Of course they can! They just have no foundation by which to ground those good things. When I ask a question like, “From where do you get your morality?” I am not implying that the individual doesn’t have morality, but simply, that they do not have an objective basis for their morality. I like the way Glen Scrivener of SpeakLife puts it when he says this,

“Asking someone where they get their morality from is like asking them where they got their trousers from. You’re not saying they don’t have trousers, you just want to get to the root of the location as to where those trousers came from.”

All things accounted for, we should all lead good lives. No matter what your belief is—God, no God, multiple gods—we all recognize that living a good life will lead to a more peaceful, flourishing society. Being generous, fighting injustice, helping others, speaking up for those who do not have a voice, fighting for virtue—all of these examples, and more, are tremendous and invaluable things we should all be doing. The problem is that an atheistic worldview can only make those things a matter of personal preference. Why? Because according to that worldview, they are matter, more than they do matter. While Gretta Vosper might insist that we all should do those things to make the world a better place, that is, in fact, an objective affirmation that doesn’t actually fit into her own atheistic framework.

The Christian worldview gives you the basis to say what good is and why you should live a good life. Declaring that you do matter more than you are matter. What you believe should not only inform how you live—it is the entire basis of giving it any objective meaning in the first place. And that’s worth raising your coffee mug to! 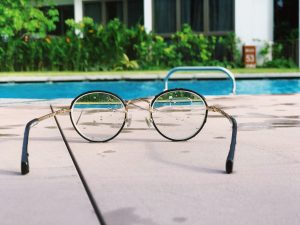