The wrong kind of sharing

Ever been tempted to crush, destroy, or obliterate the person you are arguing with? Most of us are probably guilty because we all believe that we have the corner on truth – mostly.

Here is the thing: what about when it comes to engaging in discussion about Christianity with non-Christians? How can we win someone over without coming across as belligerent? Perhaps even more importantly, how do we navigate the thorny issue of being a friend, but also introducing a friend to Christian belief?

If part of your cravings for political entertainment get satiated by watching one sided controversial Youtube debates, you may have noticed something sinister: folks on both the left and the right are increasingly employing catchy, but less than generous, labels for their videos. You might recognize the following pattern of clickbait:

Whether this is Michael Moore “demolishing” a gun rights activist, or Ben Shapiro “destroying” a liberal, you get the idea: one ideology has the assumed high ground, while the other, is ipso facto (a fancy Latin phrase meaning “by that very fact”) assumed to be in the wrong.

While these videos are often entertaining to watch, presuming one agrees with the ideology of the one doing the crushing, do these folks think that such inflammatory labels are going to “make friends and influence people” as the still-famous book title claims?

Now a critic might say, “Oh, but those kinds of things are only for people who are of that particular persuasion.” This is a moderately acceptable argument; after all, who doesn’t like their political, or theological “enemy” taken down a few pegs by a good roast? I, for one, am guilty. Confirmation bias is delicious.

Does spouting off make friends?

But here is a question that I have pondered. What if someone of the opposing persuasion watches it? Are they likely to be convinced? Highly improbable. In fact, it may be quite the opposite. And worse, even though it may be a better argument than what they hold on to currently, they will feel slighted, and disagree out of protest.

In his book, Humble Apologetics, John Stackhouse begins with such a story. He overhears a couple of non-Christian people talking after a debate between a Christian and an atheist. While the two attendants he overheard actually believed that the Christian presenter won the argument, they were turned off by his aggressive and bullying tactics. They didn’t want any part of whatever THAT guy was offering.

This guy won the debate but lost any friends he might have made if he weren’t being such an overbearing curmudgeon.

With the above in mind, I have to ask myself, is there ever any reason to bully someone into a position?

There is a cute old saying a wise teacher once offered me: “A man convinced against his will is of the same opinion still.” This seems fairly accurate. People need to come to conclusions of their own will. Thus I am convinced that refuting someone else’s belief with self-righteous antagonism will do much more harm than good.

But what about when friends have religious beliefs which are not compatible with ours? If they are our friends, what are we to do? Even more difficult, with so many of the religious beliefs being associated with political stances these days – a tragedy, really – bringing up certain Christian ideas with non-believing friends makes it a tough thing to traverse.

Sometimes, sharing our beliefs may even lead to arguments and hostile backlash. This begs the question, how are we to deal with this in a way that is both respectful to our friendship and also our faith? After all, are we not to be the salt of the earth and ministers of light?

What are my motives?

I think the first thing to consider is our own motives when it comes to sharing our beliefs. At first this seems fairly straightforward – it’s not. Motives are tricky things. And as I have mentioned elsewhere, people can smell an ulterior motive like a fart in a car. At first, we might think that we are just sharing our ideas with our friend. However, we might ask ourselves, are we really just sharing or trying to convince?

Each of these are actually separate.

If we are sharing, we have little to no agenda of our friend changing allegiances to our side. They might, or they might not; we were only sharing something. Of course we want them to be followers of Jesus – the Christian faith is a wonderful thing! – but they should be embraced into it, not shoved.

In Colossians 4:5, Paul instructs us, “Do not spoil your chances to touch others with the word through a lack of wisdom.” It seems to me, then, that our fostering of relationship is paramount. I heard somewhere this bit of brilliance: “If we get relationship wrong, little else matters.”

One of the best ways to share a vibrant Christianity is to do it in the context of genuine friendship – a spirit of listening and sharing – not debate.

Why Christianity is different

When we are sharing our Christianity, we are not sharing just a mere morality system (those things are a dime a dozen), we are sharing a way of being. And since that way of being purports to have love at its very centre, where would integrity be if it was thrust at someone in an offensive way?

It wouldn’t be, well, Christian. The motive of love does not force or shove someone into belief; it wouldn’t be loving if it did! Love involves an extended invitation. Not an in your face, “I am right and you are stupid” debate. We do not share the Christian argument. We don’t argue someone into believing – and especially when our motive is to show how smart and better our way of thinking is. That’s not sharing, it’s pushing.

Being true to our temperament

Depending on our personality and temperament, we will share in various ways. We might be reserved and detest over imposing on someone else for fear that we will turn them off. This is my proclivity, and I will not apologise for it. There is a certain safety in that. You can’t make someone like you in 90 seconds or less, despite that being an actual title of a very silly book. I am all for the long game.

Now, this is great if there is ample time and I am willing to invest in a long-term relationship. The downside is that I might come across as blasé and unconvinced myself – especially if the person I am talking to is of the more upfront and overt type of temperament. Furthermore, sometimes there simply isn’t time! I don’t have 4 months to develop a friendship with this person I am sitting on the bus with. If they seem interested, I have to be willing to strategically cast some seed into them.

On the other hand, there are those who are more assertive – aggressive, even – and will have no compunction with sharing right away. These people don’t want to lose out on an opportunity to share their faith RIGHT NOW. This approach is great when time IS an issue. However, the risk is that they can come across as pushy. There is a humorous line in many movies where the girl says to the overly aggressive guy, “Hey pal, aren’t you going to even invite me out for coffee first?” There is truth in this! Sometimes we might want to at least know the person we are talking to before springing on them “the most important decision they will ever make” spiel.

I believe that both approaches are necessary depending on the circumstance, and that each temperament has to be willing to stretch for the occasion. Paul said, essentially, that he was all things to all people so that he could save as many as possible.

This means two things: first, we must know that other temperaments exist outside our own, and respect them; and second that we need to be flexible in our approach to sharing. As the introvert, I must be willing to be more extroverted (is that a cheering from the extroverts that I hear?), BUT it also means that the extrovert must stretch too and – gasp – realise that theirs isn’t the only way to evangelise either. Proper evangelism requires BOTH.

Let’s go even one step further.

While Paul said that he was all things to all people, indicating that we must be flexible, he also said that some Christians are responsible for planting seeds, while others are responsible for watering. We could take this to mean that we each have different giftings. Some plant and some water. This approach implies that BOTH are needed and that some are specialized to one form or the other. We need the person who does the imperative NOW seed planting, but also the person who does careful watering – which means multiple waterings and not just 10 gallons all at once.

Wherever we are, there are glorious opportunities to be real with those whom God has placed in our lives. If we do it correctly and with the right motive, it is more likely that our lives will have a meaningful impact on those around us. Part of this requires meaningful engagement with others. The cool thing? We have something to share with the world that is astoundingly meaningful. 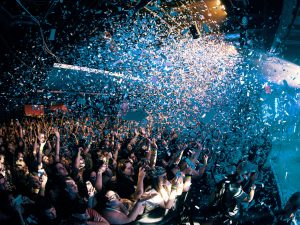 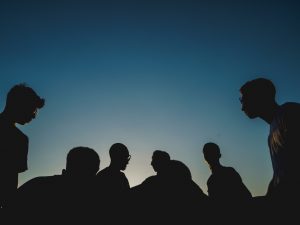 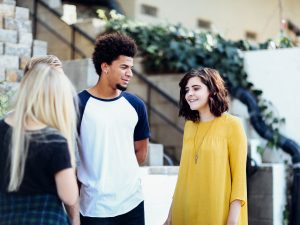 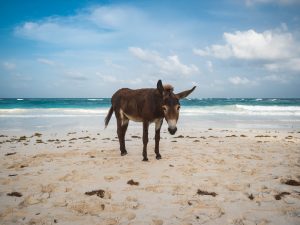