This is a phrase I’ve heard used more than once, usually as a passing comment rather than a theological argument. The common depictions of the two figures do seem similar: a bearded guy up in the sky, judging people based on “good” and “bad” behaviour. Growing up in a Christian family, my belief in God started out much like belief in Santa Claus.

The “God” I heard about at a young age appeared just as mystical as the image of Santa riding his sleigh through the night sky, behind a trail of reindeer.

In my first year of university, I began questioning the existence of God, and the questions seemed never-ending.

Whose version of truth?

My biggest issue with Christianity—the same issue I hear about from many non-Christians I meet—was the lack of empirical proof to support it. I was a “see it to believe it” person. More specifically, I would only believe if I saw justifications backed purely by rational logic. I encountered a problem in my pursuit of truth: there seemed to be a counterargument to each person’s interpretation of truth. Arriving at a conclusive “rational” set of truths proved difficult. Consequently, my perception of truth aligned with an illustration made by a Hindu philosopher, Siniti Kunar Chatterji, about humanity’s pursuit in understanding the supernatural:

“We are like blind people who, feeling this or that part of an elephant’s body, are severally convinced that one of them is touching a pillar, another a snake, a third something hard, the fourth a wall and another a brush with a flexible handle—according to whether they are in contact with a leg, the trunk, a tusk, the body or the tail.”

On first reading, I understood it to mean that truth is subjective; each person makes what they want of “truth” based on their interpretation of the facts at hand. Following the rise of individualism, subjective truth became an increasingly common belief. However, a closer reading of Chatterji’s analogy, an analogy alluded to by many philosophers prior to him, reveals an assumption that someone must be capable of seeing the entirety of the elephant and recognizing it as an elephant.

The fact that the body is of an elephant must remain an unchanging fact, regardless of which part of the elephant the people touch and what they make of it. In other words, an objective, absolute truth exists. This is also the conclusion I arrived at through my personal exploration of faith and truth.

More than an intellectual pursuit

My initial intent behind writing this article was to lay out the rational arguments for why Christian beliefs are true. I drafted subheadings of specific areas I had looked into during my own investigation into Christianity, like historical evidence for the Bible’s reliability and accuracy, fulfilled prophecies within the Bible that align with non-biblical records of historical events, and, most significantly, the lack of an alternative reasonable explanation for Jesus’ empty tomb, compared to the stacks of arguments for its historical accuracy.

As I finished the first draft of logical reasons to believe the claims of Christianity, it struck me that everything I wrote summarized arguments and conclusions that have already been synthesised by many Christian authors.

My purpose in writing this article isn’t to convince or persuade you. Countless sources for rational and credible arguments behind the Christian faith already exist (the books listed below include some of the many existing thought-provoking works).

My main purpose, instead, is to encourage you, wherever you are in your spiritual journey, to reflect on objective truth.

In my agnostic days, I stopped believing in absolute truth because of the overwhelming diversity of opinions. I grew frustrated each time I thought I had found a definite answer to one of my questions, only to discover a counterargument. Yet, despite my scepticism on absolute truth, I wasn’t content with simply leaving my questions unanswered. The turning point in my pursuit of truth was when I began interpreting the Bible, not as cold facts, but truths that affect my own life; I began to experience biblical truths through other Christians and circumstances in my life, including personal hardship. At this point, I realized that faith necessarily comes with both subjective elements, like emotions and personal experience, alongside elements of objective rationality that follow logical reasoning.

My journey of faith began with the latter, namely through reading books (including some listed below) which revealed endless amounts of scholarly research to support Christianity’s claims. Along this journey, I experienced unique revelations which transformed my accumulation of knowledge (what others proclaimed to be true) into my personal conviction of truth.

Connecting the heart and the mind

My belief in God is a result of a personal pursuit of truth. Simply absorbing rational arguments as facts leads to accumulation of knowledge. Investing personal effort in seeking answers, and reflecting on the relevance of these facts in your own life, transforms belief in facts into faith built on conviction. The connection between the heart and mind in the search for answers is what turns fact into faith.

I leave you to venture on your own journey of discovering the rational justifications within Christianity, knowing that you will encounter experiences that appear to lack logical reasoning, because an all-powerful God cannot be confined by human, finite ways of knowing. Nonetheless, faith is described in the Bible to be supported by evidence (see John 20:31, Luke 1:3-4). There is rationality even in what appears to be irrational in faith.

Have you truly explored both sides?

Suggested books for those seeking answers: 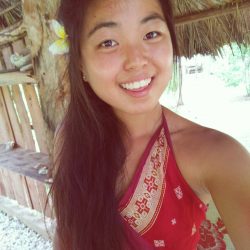 Joyce is currently in her final year of her undergraduate degree (studying French and International Relations) at the University of Sydney. She runs the social media sites of Power to Change on her campus and apart from her love for designing aesthetic instagram stories (for God’s glory, of course), her passion lies in musical worship. 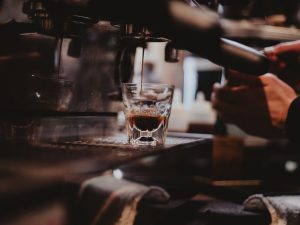