Differences & Drift: Wisdom for the challenges every marriage will face

Why is marriage so natural and easy at one moment, and so difficult and complex at another? Why do some marriages grow in love and finish together, while others grow cold and end in divorce? Two words: differences and drift.

One of the greatest marriage myths today is the belief that conflict in our relationship is proof that we married the wrong person, or that we are a bad couple, or that we have no future together.

Let’s explode that myth right now! Research from the Gottman Institute reveals that couples who are unhappy in their marriages estimate that 69 per cent of their marital conflict is over perpetual issues—essentially, over fundamental differences such as personality, expectations, gender, family backgrounds, and spiritual gifts.

The same study asked happily married couples how much of their conflict was over perpetual issues and they replied….69 per cent! Happy couples have just as many differences as unhappy ones; they’ve merely learned how to deal with them.

Here’s the typical scenario: at first, the differences are what attract us to the other person. We find the disparities intriguing—even cute—so we try to accommodate them. But after a while, the behaviours or habits that used to amuse us begin to annoy us, and we set out to eliminate them. Often, we try to change our partner with toxic tools like criticism, shame, or withholding love.

Trying to eliminate differences is fruitless and painful, leading many couples to look for the exit. But there is another way—a path every couple that grows in love for a lifetime has discovered: deal with differences by learning to appreciate them. You really can be better together.

If your partner is quieter and calmer, be grateful—they help keep you on an even keel. If your partner is louder and more emotional, be grateful—without them life could be dull. Spenders and savers can be a great team if they learn to appreciate each other’s perspective. Logical thinkers and emotional processors can be twice as smart, but only if they will learn to appreciate their differences instead of eliminating them.

Remember this: the goal is to be together, not to be the same. If you are feeling the rub of differences between yourself and your spouse, you’re normal! Recognizing differences is not the beginning of the end; indeed, it can be the road to a great marriage of mutual appreciation and enhanced strength. This is what Billy Graham was describing when he said of his lifelong marriage, “Ruth and I are happily incompatible.”

Early in marriage, couples are most often surprised, confused, and then discouraged by their differences; later in marriage, the number one challenge couples contend with is navigating the drift. There is a spike in divorce rates among couples who have been married for 20 to 30 years, and it is almost always rooted in this issue.

It shows up in comments like, “We don’t love each other anymore”, “I feel like I don’t know him/her anymore”, “Nothing is terribly wrong, but it just doesn’t feel like it used to”, or “We’ve grown apart”.

The fact is that couples don’t grow apart, couples drift apart. Navigating drift begins with identifying the different currents in our lives that may be pulling us in opposite directions. These can be cultural currents, such as a pervasive pessimism and cynicism about marriage, leading to temptation and encouragement to leave. We are also influenced by external currents such as schedule, family, and friends. Alongside these cultural and external currents, the internal current of our own brokenness and sinful selfishness can also cause distance.

About 20 years into my marriage to Sharol, we had drifted so far apart that we were almost completely out of touch with each other. While we were not immune to cultural pessimism about marriage nor unaffected by our own internal baggage, the biggest contribution to our drift was the external currents.

We had two careers that were going strong and demanding more and more of our time, including over 120 nights a year apart due to business travel. We had two sons in elite athletics necessitating multiple weekends of travel and competition, often in different cities. We were volunteering in our community, as well as playing a role in a church plant that began meeting in our home. We were running so far over the redline for so long that we lost touch with each other.

The turning point came when we went away for a weekend intending to have fun and found ourselves staring at each other, sad and distant and more than a little lost.

Here are two strategies we used, and continue to use, to reverse the drift and to reconnect:

Keep your eye on the destination. In that cold and distant place we found ourselves that weekend, we did know this: we wanted to grow old together with a lifetime of love and memories and an undivided family around us. We didn’t look at the gap between us and give up; instead, we pictured a lifelong marriage and a future together with our kids and grandkids. That is a vision worth working towards.

Schedule regular time to reconnect as a couple. It was clear to us that if our external currents (our schedules and work) were causing us to drift, we would have to make changes. We had to fight the currents, take charge of our schedules, and deal with the drift. Here is a simple formula we adopted to battle drift in the midst of busyness:

Differences and drift. No couple is immune to these two realities, but every couple can learn to deal with the differences and navigate the drift. FamilyLife Canada would love to help. Check out familylifecanada.com for more resources and a schedule of live events. 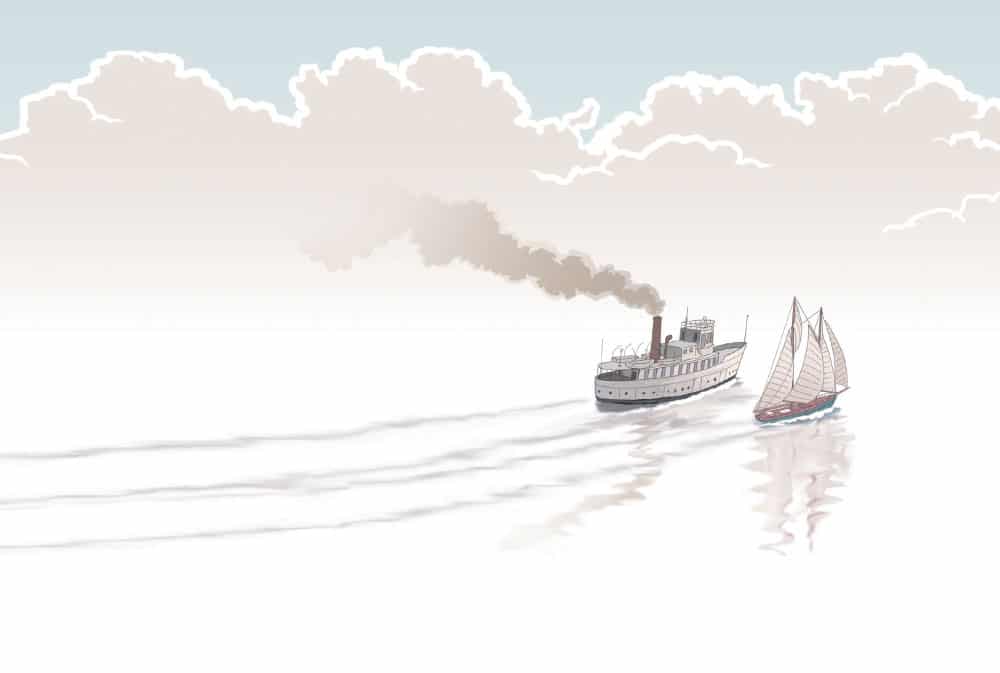 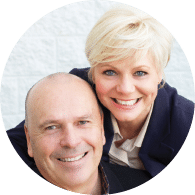 Equipping couples with the tools they need to help their marriages and families thrive, Neil and Sharol Josephson are the National Directors of FamilyLife Canada, a ministry of Power to Change. For more than 25 years, FamilyLife Canada has been teaching, training, and equipping families to grow closer to each other and to God. They believe that the ultimate and lasting strength of every marriage and family is found in a relationship with Jesus Christ.

Faithfully Following: Fern Differences & Drift: Wisdom for the challenges every marriage will face Hollow Places Conflux If not now, WHEN? Ministry Question: WHEN
BACK TO THE MAGAZINE